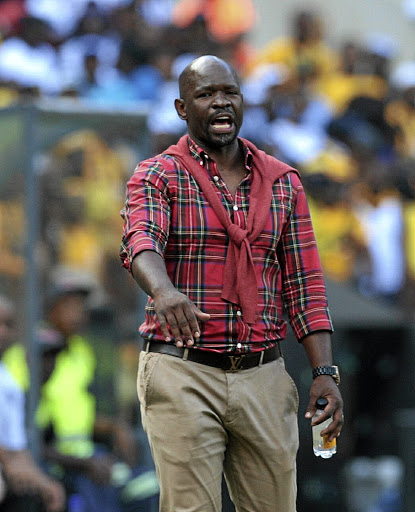 Man of the match Hendrick Ekstein put a smile of relief on beleaguered coach Steve Komphela’s face early in the second half when he beat Stars goalkeeper Mbongeni Mzimela with a powerful shot in the 49th minute.

Ekstein benefited from some fine work from Joseph Molangoane‚ who weaved his magic on the wings and then delivered a deceptive ball that snaked past Chiefs striker Leonardo Castro’s head but dropped perfectly for the diminutive midfielder.

Komphela is often criticised for keeping faith with Ekstein and the midifielder repaid his coach’s confidence in him by scoring a priceless goal that took the heat off the besieged mentor.

Midfielder Willard Katsande could have given Chiefs the lead in the 70th minute but his shot was blocked by the Stars rearguard and he fired the rebound over Mzimela’s goal.

The Chiefs fans grew noticeably restless in the final minutes of the match as Komphela’s charges continued to search for a second goal that would have made the game safe.

Bernard Parker had an opportunity to score the goal cushion in the closing minutes of the game but he fired his low shot agonisingly past the upright.

Amakhosi held on to their slender lead to win the match 1-0.

Stars were never in this game and they seemed disinterested at times‚ playing like a club that could be campaigning in the lower tier next season.

Komphela exited the stadium gracefully on Sunday and did not face the hostile reception he received after Chiefs were beaten 3-0 by Chippa United last week.

The coach and his players were pelted with an assortment of missiles as they left the field after a defeat that effectively ruled the club out of the league title race.

As a consequence of that game‚ Chiefs management met on Tuesday but decided to keep the mentor until the end of the season following a marathon five-hour meeting.

Chiefs issued a statement pleading for patience while at the same time saying that decisive changes would have to be implemented at the end of the campaign.

The Premier Soccer League (PSL) charged the club with misconduct and bringing the League into disrepute last week.

Amakhosi will appear before the PSL’s Disciplinary Committee on Wednesday at 6pm.

The victory could not have come at a better time for Komphela as Chiefs face Free State Stars at Moses Mabhida Stadium on Saturday night in a Nedbank Cup semifinal clash that the beleaguered coach will be desperate to win if the club is to avoid a third season without winning a trophy.