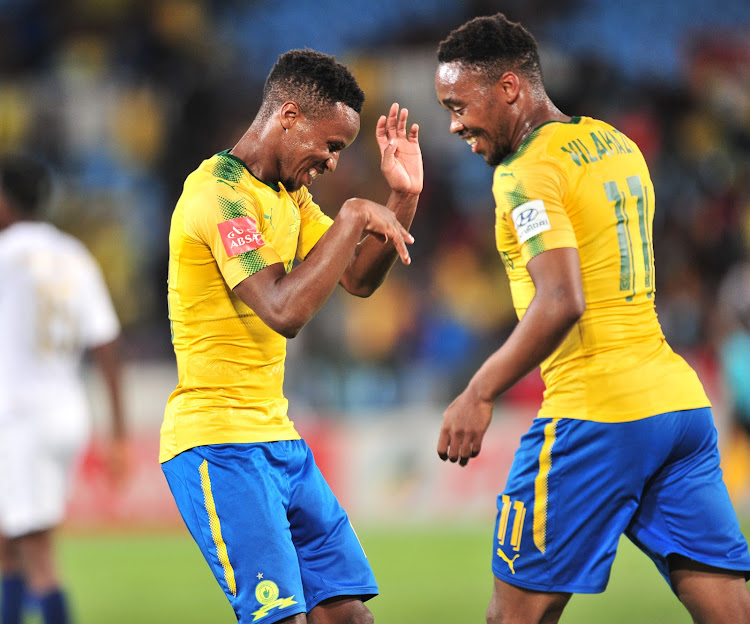 Over to you Orlando Pirates.

The Buccaneers find themselves in a must-win situation on Sunday when they visit AmaZulu at the King Zwelithini Stadium to remain within touching distance of Mamelodi Sundowns who impressively beat Bidvest Wits 2-0 at Loftus on Saturday.

As a result of this win, that was secured through first half goals by midfielders Themba Zwane and Sibusiso Vilakazi, log-leaders Brazilians increased their lead at the summit of the Absa Premiership standings over second-placed Pirates to six points.

Both teams have played 26 matches but Sundowns hold a significant advantage as they have accumulated 52 points largely from their 16 victories while Pirates are on 46 so far in season where they have won 12 matches.

To avoid the possibility of a procession to the finishing line which may end up with Sundowns’ eighth PSL title, Pirates must overcome the pressure of playing catch up and get all the three points in Durban.

After the AmaZulu match, it doesn’t get easier for coach coach Milutin Sredojević and his men as they have tricky assignments against Wits, Cape Town City and Free State Stars while Pitso Mosimane must negotiate around Lamontville Golden Arrows, Maritzburg United, Ajax Cape Town and Bloemfontein Celtic.

On Saturday, Sundowns, who recorded their fourth consecutive league victory, did not show any signs of fatigue as they were playing their third match in less than two weeks following victories over Baroka FC and Chippa United.

Though they played well on the night, Sundowns have Wits midfielder Phumlani Ntshangase to thank as the two goals by Zwane and Vilakazi resulted from his mistakes in the midfield where he was pick-pocketed the ball by clever Percy Tau.

The first incident, where Ntshangase’s lack of composure was ruthlessly punished, came in the 20th when he was disposed by Tau, who released a defence splitting pass to Zwane and beat advancing Wits goalkeeper Darren Keet.

Ntshangase, who was replaced Granwald Scott at the beginning of second half, was guilty of the same offence later before the break when Tau once again got the better of him before laying the ball on the path of Vilakazi who did the rest.

This defeat has dropped Wits to eleventh spot on the standings and coach Gavin Hunt has a mountain to climb to force a place in the top eight considering that they have Polokwane City, Pirates, AmaZulu and Platinum Stars in their remaining matches.

World football controlling body Fifa have received the Tendai Ndoro files from the Premier Soccer League (PSL) and are expected to rule on the case ...
Sport
4 years ago

Football fans took to social media on Wednesday to heavily criticise Kazier Chiefs‚ Orlando Pirates and the Premier Soccer League (PSL) for not ...
Sport
4 years ago

Kaizer Chiefs have been charged by the Premier Soccer League (PSL) for the fan unruliness that followed their 3-0 defeat against Chippa United at FNB ...
Sport
4 years ago
Next Article