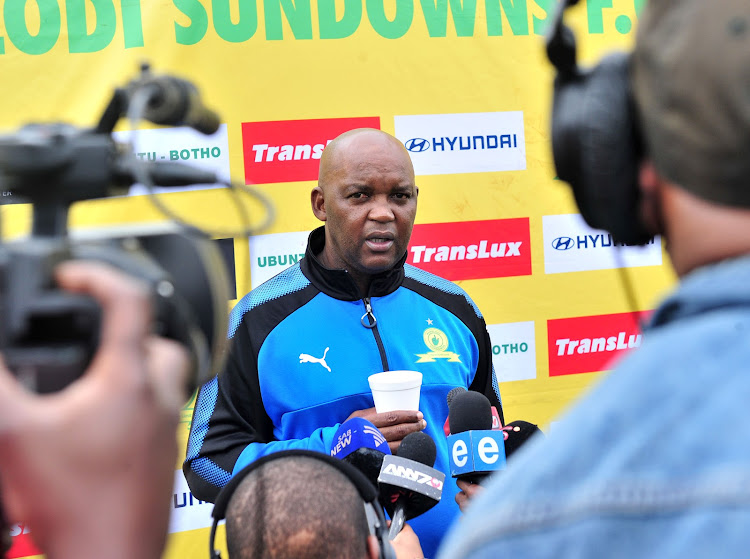 Mamelodi Sundowns coach Pitso Mosimane is not losing any sleep over the potential complications that could arise from the Tendai Ndoro eligibility saga at the end of the season.

Orlando Pirates and Polokwane City protested against Ndoro's inclusion in matches against the two sides but they were dismissed by the PSL Disciplinary Committee‚ which said it did not have jurisdiction.

But the two sides can still appeal to the Safa Appeals Board.

The PSL are appealing the original decision of the Dispute Resolution Chamber (DRC) and the matter has been referred by the Safa Arbitration to Fifa for a final decision.

The highly anticipated decision of Fifa has the potential to throw PSL run-in into a tailspin with the worst case scenario being a situation where Pirates‚ who are challenging Sundowns for the league title‚ getting three points for the match they lost to Ajax.

“Why must I worry if Pirates want to win the other way.

"If they can get it from the court or on the table‚ how am I going to influence that‚” he asked.

“Imagine that you worry about that and forget about the games that you are going to play.

"You have to focus on the games that are in front of you‚ whatever the court says about Ndoro we will focus on winning on the pitch.

"When you win on the pitch‚ you won’t have somebody later coming to say that you won or you didn’t win.”

The Brazilians are firm favourites to go on and lift their eighth PSL title as they lead Pirates by three points with five games to go.

But Mosimane has played down their chances‚ saying they have a difficult task of dealing with Bidvest Wits on Saturday at Loftus.

“The draw between SuperSport United and Pirates did not make any difference to us because we have to win against Wits‚" he said at Chloorkop on Thursday.

"If we win against Wits‚ then we will have a little bit relief but for now our advantage is only on paper.

“Wits are the defending champions and you know that coach Gavin Hunt will not want to lose to us.

"I think it’s going to be the same type of match like the one between SuperSport United and Orlando Pirates on Wednesday.

"The challenge with Wits is that you will never know who is going to pitch on the day because Gavin changes his team a lot.

"He is not afraid to change‚ not only the personnel but even the formation and most of the time he gets its right.”