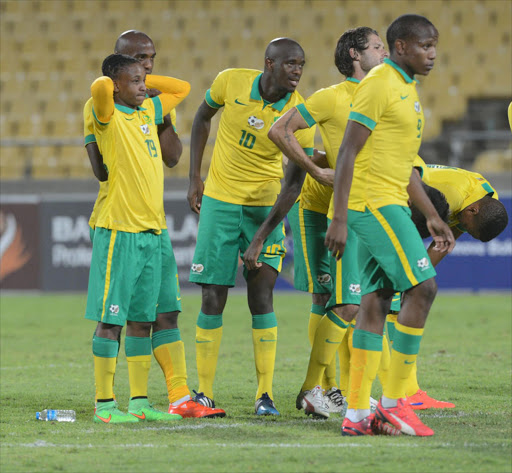 South Africa have climbed another four places in the latest FIFA World Rankings released on Thursday as their steady progress up the table in 2018 continued.

Bafana Bafana have moved up to 72nd in the world‚ up nine places from the start of the year despite playing only two matches – a 1-1 draw with Angola and a 2-0 win over Zambia last month.

They remain positioned at number 15 on the African continent though‚ with the COSAFA Cup on home soil starting in late May their next chance to keep up the steady progression.

World Cup-bound Tunisia moved up to their highest ever ranking‚ number 14 in the world and first in Africa as they shot ahead of Senegal on the continental list following wins over Iran and Costa Rica.

They are now placed just one position behind England and in front of the likes of Colombia‚ Uruguay‚ Netherlands and Italy.

Aside from the top two‚ DR Congo‚ Morocco and Egypt round out the top five on the African continent.

Among South Africa’s opponents in the 2019 Africa Cup of Nations qualifiers‚ Nigeria moved up five places to number 47 on the global list‚ while Libya moved down one place to number 100. Seychelles dropped a further three positions to number 194.

The biggest movers up the table this month were Kyrgyzstan‚ who climbed 40 places to number 75‚ while Haiti were the biggest losers‚ dropping 23 positions to number 108.