Sundowns come to grips with reality of being overtaken 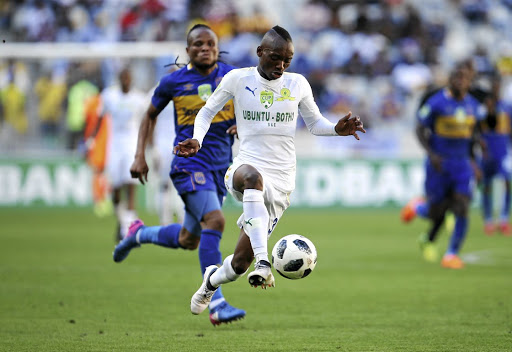 As the games keep piling up for Mamelodi Sundowns the possibility of being overtaken at the top of the Premiership by Orlando Pirates is now a reality.

The Brazilians have occupied the summit of the table since early December, when they thrashed Baroka 4-0. The gap has gradually been reduced to a single point, with Sundowns on 43 points while Pirates are on 42.

The Buccaneers could move to the top with a win against Bloemfontein Celtic tomorrow if Sundowns lose or draw against Chippa United at Loftus Verveld, also tomorrow.

Coach Pitso Mosimane is aware the month of April will be decisive.

"When I looked at the schedule I was like, 'wow'. It's not going to be easy, especially if you look at the games Pirates will play. I think they have three games in 17 days, we play every three days," he said.

Sundowns are known to play beautiful football but their experiences in African club competition have taught them to be efficient rather than flamboyant, just as they were against Cape Town City in the Nedbank Cup quarterfinals at the weekend.

They edged City 2-1 on Sunday to advance to the Ke Yona semifinals in a well-executed performance.

Sundowns star Khama Billiat made a return to give an inspirational performance in the victory that came courtesy of goals from Percy Tau and Hlompho Kekana.

"We have gone past those days of shoe shine and piano. We want stars on top of the badge. It's a different football, we are not here to show that we can play," Mosimane said.

Sundowns have shifted into another gear in a run of seven wins and four draws.

The hard slog has begun for them as they are set to play at least seven games in April.