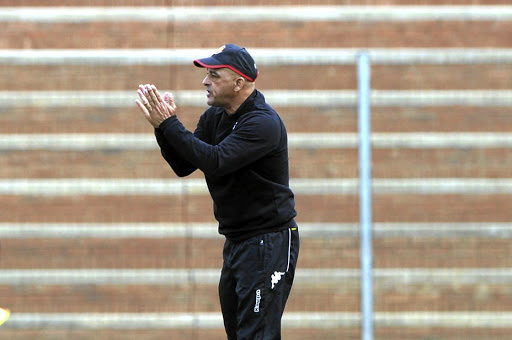 Before taking the reigns at Highlands Park in September, Owen da Gama had last coached at club level in 2013 at the now defunct Dynamos in the National First Division (NFD).

When Da Gama was appointed, Highlands were ninth on the log but he has since propelled the Lions of the North to the top spot on the NFD table, needing only a point to seal automatic promotion with five games to spare.

They need one point to make a return to the Absa Premiership. Da Gama insists the thought to play top-flight football next season has not crossed their minds.

"We have not thought about that at all, said Da Gama after beating Tshakhuma Tsha Madzivhandila 4-0 at the weekend.

The 56-year-old has not lost a league match since he took over at the Tembisa, East Rand-based outfit.

His only defeat came in the first round of the Nedbank Cup. They were eliminated by fellow NFD side Stellenbosch.