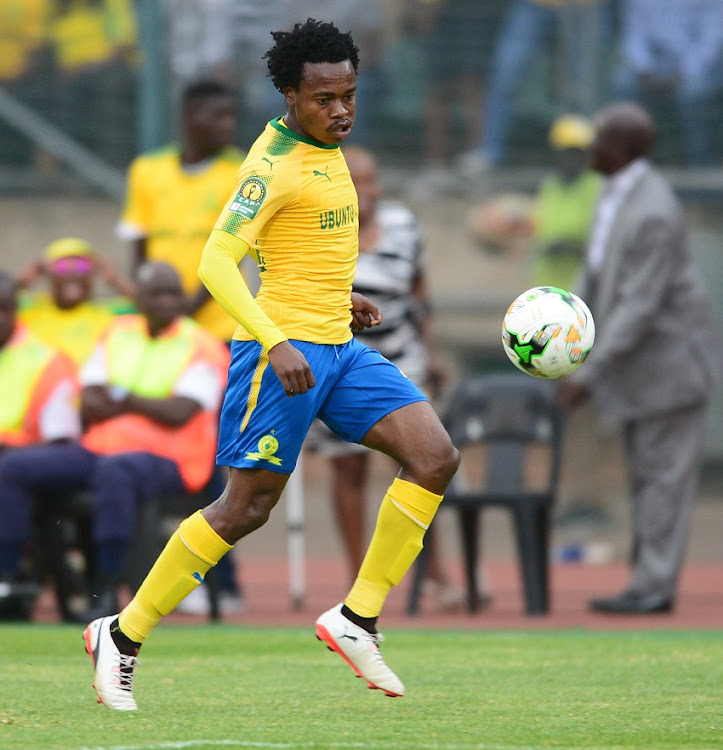 Benni McCarthy says Percy Tau could turn out to be even better than he was as a striker and has all the qualities to become a world class forward.

The Cape Town City coach sounded like an excited fan as he praised the qualities of the 23-year-old from Mamelodi Sundowns whose own coach Pitso Mosimane has already stated should be an emphatic winner of this year’s Player of the Season award.

“He could probably be better than me‚” said the holder of the record number of Bafana Bafana goals‚ UEFA Champions League winner and a former La Liga and English Premier League player.

“He is an intelligent striker with all the instincts that a world class player needs.

"Hopefully we can groom that and make use of it and he will go and help the national team qualify for a World Cup.

"If the national team are to do anything special‚ it’s players like Percy Tau who need to be unleashed.

“He’s got crazy skill. He’s quick. Something that I lost as I got older. His intelligence is obvious‚” McCarthy said after his side lost 2-1 to Sundowns in the Nedbank Cup quarter-final on Sunday‚ where Tau got the opening goal.

But there was also some advice from the 40-year-old McCarthy for Tau.

"He wants to make too many assists. He must be more brutal. He must play like a racehorse; when you are in a certain part of the game‚ you put your blinkers and you only see the goals in front.

"His assist rate is good … which is what you want … but as a No. 9‚ you are a striker and you get judged on goals.

"Not assists‚ not how many shots per game or whether you get into the most dangerous area in the box‚ or how many times do you make first or second post runs.

“But every manager who does analysis of strikers looks at goals scored.

"If your assist rate is too good‚ they will make you into a No. 10. That is what or strikers need to learn‚” added McCarthy.

“Percy Tau has got everything but he needs to add more of that selfishness to his game where he wants to be the one to score the goals and nothing else.”