Tignyemb won't turn down the fire in Ke Yona clash 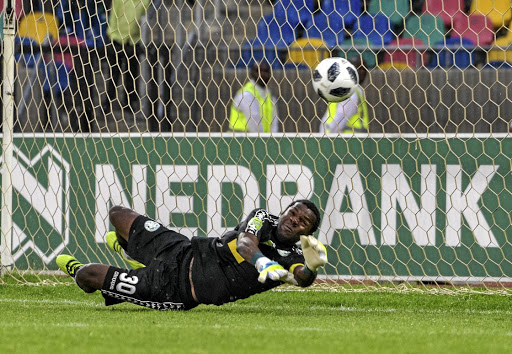 Known for his fierce character and for lashing out at his teammates when they make mistakes, Bloemfontein Celtic captain Patrick Tignyemb feels his fiery personality is benefiting the club.

Heading into their crucial Nedbank Cup quarterfinal clash against Maritzburg United at Harry Gwala Stadium on Saturday (3.30pm), Tignyemb knows that he must control his temper but remains resolute that his plucky character will be instrumental for Phunya Sele Sele to advance.

"I will be careful against Maritzburg. I will not do stupid things that will get me booked but I am not going to change my character. I have been here [at Celtic] for 10 years and my character has helped me in many situations. It has worked for the club as well," Tignyemb told Sowetan yesterday.

"The problem is that I am a winner.

"Everyone talks about my [short] temper, but it's never personal. It's about giving my utmost best for the club.

"When I shout at my back four, I am alerting them to stay focused."

Tignyemb once had a heated on-field argument with his teammate Wandisile Letlabika after conceding a poor goal against Mamelodi Sundowns.

The last time Celtic visited Maritzburg the Team of Choice hammered the Fee State-based side 4-0 in a league encounter in January.

"It was a very painful experience but we have put it behind us. We have prepared well for this one. Our aim is to go all the way to the final and win this cup," said Tignyemb.

Celtic have already reached one final this season, losing the Telkom Knockout decider to Bidvest Wits in December.

"Losing that final still hurts but I told the guys that the only way to feel better is to win the Nedbank Cup, starting by beating Maritz-
burg," said the keeper.