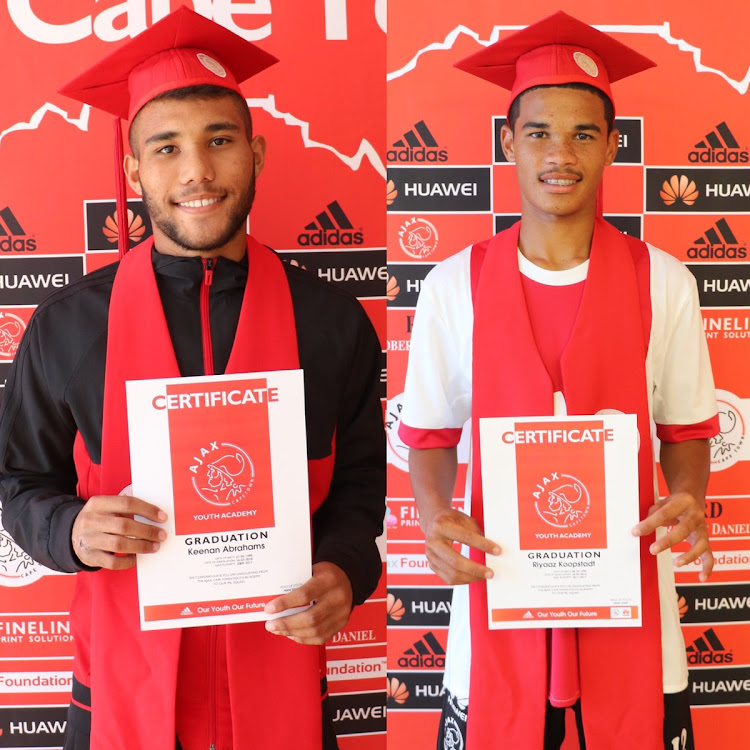 Ajax Cape Town are confident in their ability to hang onto their top division status‚ despite floundering in second-last position in the Absa Premiership standings‚ and already looking to next season by promoting several youngsters to their first team squad.

The latest are Keenan Abrahams and Riyaaz Koopstadt‚ who are the fifth and sixth to sign professional forms in recent weeks‚ following on Kiyaam Bull‚ Leo Thethani‚ Tashreeq Matthews and Zaakir Allie.

All the players have come through the club’s academy‚ which is undergoing a major overhaul with new facilities being built and ex-coach Foppe de Haan regularly coming over from the Netherlands to work with them.

Abrahams is a centreback while Koopstadt plays in midfield.

“We are excited to watch them take the next step in their respective footballing careers‚” the club said in a statement.

Defender Bull spent 10 days earlier this month training with Andile Jali’s Belgian side KV Oostende and could yet make an appearance for the club before the end of the season.

Allie‚ who is still doing his matric‚ and Thethani have also been to train with the Ajax Amsterdam under-19 side in the Netherlands.

Matthews is seen as Ajax’s most exciting product but has been in dispute with the club already over his contract and has only resolved a short-term agreement until a proposed move overseas.

Likely to be next for a professional contract is forward Lassina Traore‚ who is from Burkina Faso‚ but are anticipated to wait until next season because of the limit on foreigners.

Traore also went to Amsterdam earlier this year and ended up training with the Dutch club’s first team. He has been in Cape Town for the last year now.