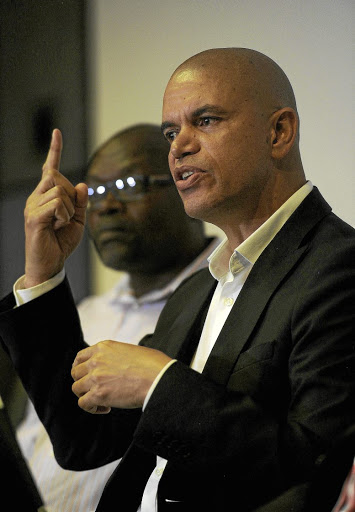 Ace Ncobo says any victory will be for the masses, noting his next step is to oust Danny Jordaan and Dennis Mumble.
Image: Veli Nhlapo

The much-vaunted mediation by Fifa in the dispute between Ace Ncobo and the SA Football Association (Safa) seem to have had little impact in brokering peace between the warring parties over a Safa elective congress that has since been halted.

The Safa elections were slated for Saturday but had to be called off after Ncobo's scrutiny on the nomination process exposed serious violations of the association's statutes and electoral code.

Ncobo had asked Fifa to intervene, also arguing that there was no electoral commission in place. No sooner had the mediator, Cosafa president Philip Chiyangwa, left the country than Ncobo escalated his hostility towards Safa president Danny Jordaan.

The former Fifa referee claimed Fifa had asked him "to make a fresh submission following what is considered a huge bungle by the Cosafa president whose term of reference was to 'ensure strict constitutionalism and compliance with the electoral code', but ended up causing more confusion with his statement that everything had been sorted and that elections could go ahead".

"Chiyangwa bungled big time," said Ncobo who maintained that the "agreement we signed forces a cancellation and starting from scratch".

Efforts to reach Jordaan and Chiyangwa drew a blank as they failed to respond to calls and text messages.

This begs the question: so what was Fifa's intervention all about last Thursday, which was followed by pictures of the parties shaking hands?

"I hugged an old man who had signed an admission of guilt and undertaking to remedy his rape of the statute," Ncobo said.

Asked if he would claim victory over the Safa polls not seeing the light, he said: "Any victory would be for the masses, not me. We are happy that again, following the signed agreement which they later reneged on, they have realised that they were wrong all along and we were right."

He said his next step was to oust Jordaan from football's highest office.