Bafana beat Angola on penalties to advance to four-nations final 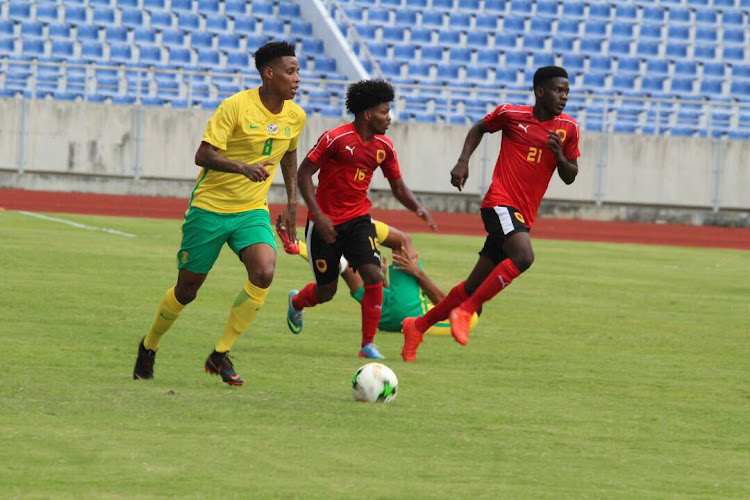 A new-look Bafana, a blend of youth and experience picked by coach Stuart Baxter, had fought back from 1-0 down at the break to 1-1 at Levy Mwanawasa Stadium.
Image: Bafana Bafana via Twitter

Bafana Bafana beat Angola 6-5 on penalties on Wednesday to advance to the final of the four nations friendly tournament in Ndola, Zambia.

A new-look Bafana, a blend of youth and experience picked by coach Stuart Baxter, had fought back from 1-0 down at the break to 1-1 at Levy Mwanawasa Stadium.

The match had been brought forward a day from Thursday, so Baxter’s squad had only one training session in South Africa before leaving for the tournament, which also includes the hosts and Zimbabwe.

Bafana had an early chance when, from Reeve Frosler’s brilliant run down the right and quality cross Lebogang Mothiba’s header forced a save.

Just before the half-hour SA goalkeeper Darren Keet did well to stop a long-range effort by Herenilson Carmo.

An attempted casual pass to Keet from Buhle Mkhwanazi resulted in Djalma Campos netting the opener for Angola in the 31st minute.

Bafana grabbed the equaliser via a backheeled finish from Mothiba in the 50th.

The South Africans then pushed hard for the winner, and with 10 minutes remaining Bongani Zungu’s close-range shot was blocked after a well-taken free-kick by Dean Furman.

However Bafana could not break through and the game went to penalties.

In the shootout, after Angola scored first, Furman and Sifiso Hlanti were successful before Mothiba’s effort was saved. With Angola also having missed one Ryan Moon, Frosler and Motjeka Madisha were among successful takers as the score went to 6-6.

Keet pulled off a save, then Sibusiso Vilakazi slotted to put SA into the final on Sunday, against the winners of Zambia versus Zimbabwe.