Tsepo Masilela hoping to renew his contract with Kaizer Chiefs 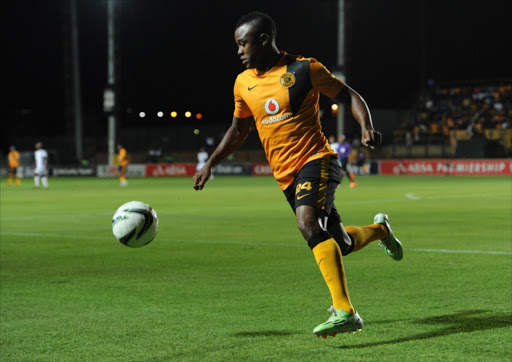 Veteran left-back Tsepo Masilela believes he has a few years left to play and has said that if it were entirely up to him‚ they would be spent at Kaizer Chiefs.

Normally at 32 a defender of Masilela’s quality‚ who played a season in La Liga with Getafe‚ would not be an age where there were question marks over his longevity.

But the left-back’s career has been dogged by ankle injuries‚ which cut short his time in Europe.

Masilela returned to the Premier Soccer League in fine form‚ winning Chiefs’ player’s player of the year award in their double season of 2014-15‚ the defender’s second double at Amakhosi in three years.

He has continued picking up injuries‚ but been mostly well managed. This season however‚ Masilela has only recently returned from ankle surgery in August‚ and has made just three appearances‚ while Philani Zulu has flourished at left wingback.

“It’s very frustrating (being on the sidelines). But it’s football‚ and I have to be patient‚” Masilela said.

“I’m back at training and I’m feeling good. Obviously you can’t train for a week or two weeks (and be fine) after being out for so long. It will take time.

“But I’m feeling good now. I’m back running on the field and that’s what makes me happy.

“I think I still have a few more years. And obviously we will see how it goes after this injury – when I’m back on my feet‚ we have to check.

“It goes with the passion and the passion is still there. And I still want to win trophies.”

Asked if those years will be at Chiefs‚ Masilela chuckled and said: “It’s football man. You can’t really predict the future or plan the future.

“If it was only up to me‚ then yes‚ it would be at Kaizer Chiefs. But you know how it goes.

“It’s two parties‚ and negotiations. It’s not really up to me.

“It’s true that being out of action for long might make things difficult. But I’m optimistic.

“At the end of the day it’s football. I haven’t had a perfect career. But to be honest I’m grateful and happy with what I’ve achieved and the tournaments I’ve played.

Masilela signed a one-year contract extension with Chiefs in February last year that takes him to the end of June.

The defender‚ speaking at this week’s Nedbank Cup quarterfinal draw where Chiefs were drawn at home against Baroka FC‚ would not comment on whether the negotiations for a renewal were under way.