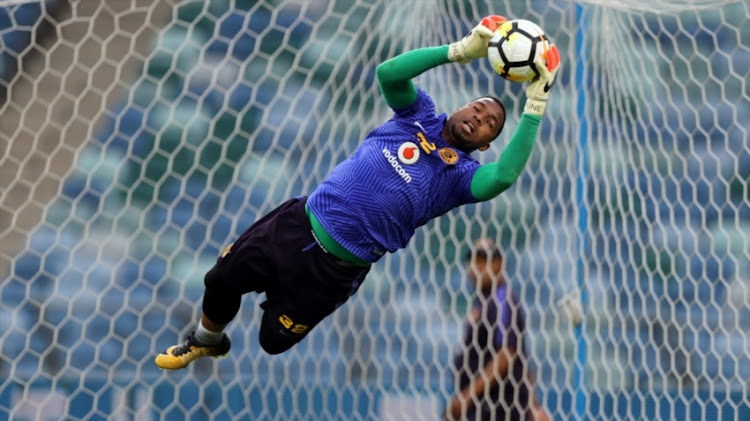 You'd think that amassing 300 professional games under your belt is a milestone that would satisfy most PSL player on any given day‚ but not for Kaizer Chiefs number one goalkeeper Itumeleng Khune.

Khune achieved this feat last weekend but after saying on Thursday that it was “a great feeling” to achieve the 300-game milestone‚ he added that his job was far from over as he was planning to double that number in the coming years.

“There’s Doctor Khumalo on 397‚ Brian Baloyi‚ Thabo Mooki and Siphiwe Tshabalala ahead of me. Those are great legends‚" he said.

“I made a joke to my teammates and coach when they congratulated me (on Tuesday).

"I said to them I think I’m left with nine more seasons.

“So in the next nine years they said I won’t play 700. They were right.

Khune dismissed suggestions that realistically he may afford to play 200 more games simply because he is a goalkeeper.

“But it will take a lot of discipline for me.

"It will take me to look after my body because it’s my investment.

“If I continue working hard‚ I will reach that milestone (600).”

Khune will continue chasing his dream in terms of games he’s played this weekend when Chiefs host AmaZulu in a league match at FNB Stadium on Saturday.

His form this season has placed him among the players who could be nominated for PSL Player of the Season despite his team's unconvincing displays in front of goals.

Khune’s 300 games are made up of 236 league games‚ 59 cup games and five matches in the CAF Champions League.