Mngqithi at the helm of Sundowns 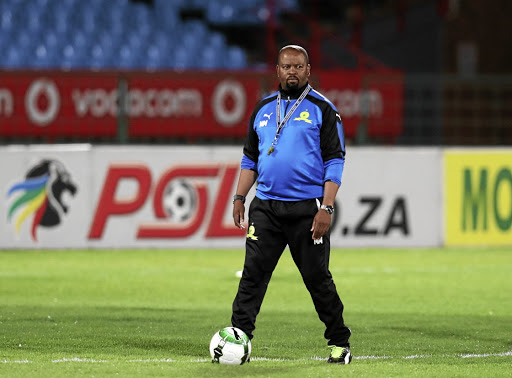 Bees coach Chippa Njedu - a Safa C coaching licence holder - feels the absence of Mosimane will not give them any advantage, saying Mngqithi is equally astute.

Njedu, however, believes the ABC Motsepe League campaigners have what it takes to match Sundowns' attacking and ball passing approach.

Bees are accustomed to a David versus Goliath fixture in the Ke Yona competition having given Orlando Pirates a run for their money in the same competition last year.

Though they eventually lost 3-1, the Eastern Cape-based side did fairly well and attacked their opponents on the day.

"Even if Sundowns beat us, it will be pound for pound.

"I do not like parking the bus because my objective as a coach is always to win all the games," Njedu told Sowetan.

"My players are ready to market themselves. They know this is a big opportunity to showcase their talent to big teams."

If Njedu is to be believed, we will watch a fascinating game of football with high intensity because Sundowns are also not known for sitting back and defending.

Mosimane is convinced that "nobody ever has the ball when they are playing Sundowns".

"We have a team that believes in going forward and believes in playing football," Mosimane once said.