Will nerves of derby debutants hold in their first Chiefs vs Pirates match? 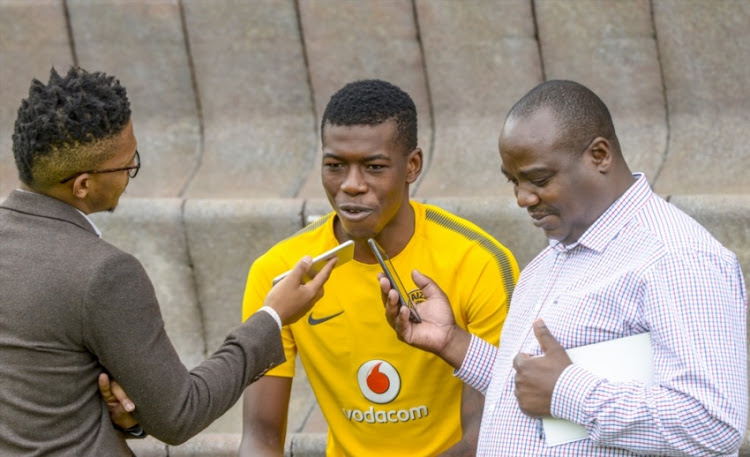 The atmosphere and all the euphoria that goes with the Soweto derby between Kaizer Chiefs and Orlando Pirates could have an adverse effect on the players who’ve never been part of it.

But one such player from Kaizer Chiefs feels he will be ready to keep his nerves in check if he’s given a run on Saturday.

Zimbabwean-born defender Teenage Hadebe‚ who is in his first few months at Chiefs‚ said the Soweto derby is bigger than any club match he’s played but he added that he’s not intimidated.

“For me‚ I’m sure it’s a big game because I’ve played in big derbies back home in Zimbabwe.

“Obvious you’re going to have that fear but as a player you have to be mentally strong.

“It will be a good experience to play in front of the big crowds.

"I don’t care what people about me say because all I have to do is to play my normal football and keep everything simple.”

The trait of 'keeping things simply' has obviously endeared Hadebe to Komphela and the Amakhosi faithful as he has now become a regular in a three-men defence that usually has him playing alongside the ever present Daniel Cardoso‚ Eric Mathoho or Siyabonga Ngezana.

Hadebe said he has been monitoring Pirates matches and acknowledges that whoever Komphela selects at the back will have a torrid time trying to stop their strikers.

The former Chicken Inn FC defender predicted that there will be a winner come Saturday’s game‚ despite seven matches ending in stalemates in the last 10 league encounters in which Chiefs won two and Pirates one.

“It’s a special game and the winner could close the gap at the top. I’m sure there will be a winner. I’m feeling it‚ we will win this one‚” said Hadebe.

Other than Hadebe‚ strikers Leonardo Castro and Ryan Moon and midfielder Siphelele Ntshangase are among the new Chiefs recruits expected to get their first run in the derby on Saturday.

Pirates also have Zambian striker Augustine Mulenga‚ Marshall Munetsi and Xola Mlambo among the new players who may be given some minutes on the pitch on Saturday.

Komphela is confident his new players won’t be overawed by the derby.

“They must enjoy the occasion‚” said Komphela of the new players.

“It is a big occasion‚ but it remains a football match.

"Whoever has played 100 matches in the derby had to start from game one.”

Olympic champion sprinter Usain Bolt faced a social media backlash on Tuesday after a cryptic tweet he sent out on Monday created the impression that ...
Sport
3 years ago

Kaizer Chiefs’ title hopes were dented on Saturday night as they spurned a chance to cut into Mamelodi Sundowns’ lead at the head of the Absa ...
Sport
3 years ago

The race for South African football's top job is reaching its final stretch after it emerged on Monday that incumbent Danny Jordaan and former ...
Sport
3 years ago

The Premier Soccer League’s (PSL) arbitration over Tendai Ndoro’s eligibility will only be heard on March 26.
Sport
3 years ago
Next Article