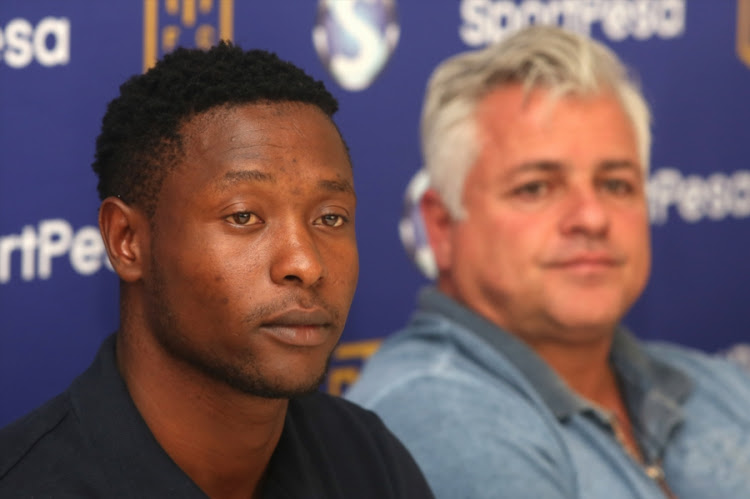 Benni McCarthy has revealed that Kenyan striker Masoud Juma is nearing full fitness to add some firepower to his ailing Cape Town City strike-force for the run-in to the season.

City travel to Baroka FC on Tuesday looking to keep their slim title hopes alive with a victory in Polokwane‚ a game that could come too soon for Juma as he works his way back from injury.

But McCarthy believes the prolific 22-year-old could be a real asset to his side in what will be a busy run-in to the season that includes matches in the Nedbank Cup and African Confederation Cup.

“Juma has been looking OK‚ he has started joining in [full training] and now it is getting him to play in matches and getting him that confidence‚” McCarthy says.

“We need to get the fitness level up where he can last at least 45 minutes‚ but from what I have seen he looks a decent acquisition and somebody that we will need.

“Hopefully we can get Juma back for the upcoming games that we have got.”

Juma was signed in the January transfer window from Kariobangi Sharks in his homeland after he burst out of nowhere to enjoy a prolific campaign.

He netted 24 goals in 31 appearances in all competitions for Sharks‚ including 18 in the league to win the Golden Boot‚ having failed in trials at BidVest Wits before the start of the season.

City have lost their last three league games to fall nine points behind league leaders Mamelodi Sundowns and McCarthy says it is time his players rose to the occasion.

“We are going to need players to step up and be counted‚ no more just doing it on training‚ but in games as well.”

McCarthy says that if the team can cut out the errors that have been evident in recent matches‚ they will get an away win in Limpopo.

“It’s a tough one away to Baroka‚ but I am confident that if we can produce these kinds of performances [of recent weeks] then something is going to swing in our favour‚” he says.

“It is just us making silly mistakes that we have to cut out‚ then we will be OK.

“We have lost some ground on the chasing pack‚ it’s not like we are out of it [the title race]‚ but it has made it more difficult.”

The Premier Soccer League’s (PSL) arbitration over Tendai Ndoro’s eligibility will only be heard on March 26.
Sport
4 years ago

The race for South African football's top job is reaching its final stretch after it emerged on Monday that incumbent Danny Jordaan and former ...
Sport
4 years ago

Kaizer Chiefs defender Teenage Hadebe has admitted that the Premier Soccer League has been a big step up for him‚ with the game in South Africa ...
Sport
4 years ago
Next Article