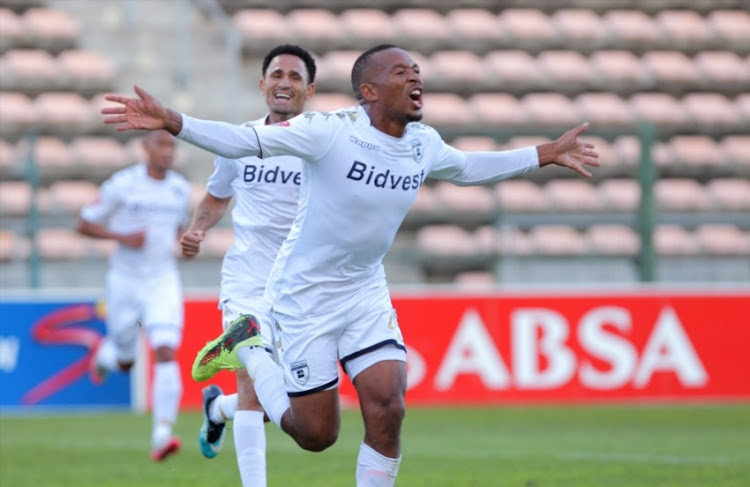 Lehlohonolo Majoro scored twice to haunt his former employers as BidVest Wits ended their dismal recent run against Cape Town City with a 2-1 victory at the Athlone Stadium on Saturday.

Craig Martin had equalised for City in the second half, but Wits coach Gavin Hunt was finally able to get a victory over his “pupil” Benni McCarthy in the opposite dugout.

Majoro left City for Wits in January but had scored just twice in eight games for his new club before bagging a crucial brace to end a four game losing streak for Wits against the Mother City side.

The victory moves Wits into the top eight in what has been a most challenging of seasons for the league champions and now likely ends any slim chances that might have remained of them being embroiled in a relegation battle.

City have dropped to sixth and must now focus on staying in the top half of the league in the remaining months of the season with the distractions of Nedbank Cup and African Confederation Cup fixtures to come.

McCarthy made five changes from their last domestic fixture, a 1-0 loss at Kaizer Chiefs, restoring veteran goalkeeper Shu-Aib Walters to the starting berth ahead of Sage Stephens.

Wits-bound Robyn Johannes also returned from the start in the midfield, along with defenders Tshepo Gumede and Ebrahim Seedat, and winger Surprise Ralani.

Hunt made two changes from the side that played the last Absa Premiership clash, bringing in Keegan Ritchie to play on the left wing and handing a first appearance to right-wing Abednego Mosiatlhaga since his recall from a loan spell at Stellenbosch FC in the National First Division.

Wits started the game in an aggressive manner, with four robust challenges before Ritchie’s wild swing at Craig Martin drew the first yellow card from referee Khulasande Qongqo inside the opening six minutes.

It took 15 minutes for the first real opening and it fell to Martin, who saw his goal-bound shot cleared off the line by Thulani Hlatshwayo.

Both sides lost starting forwards to injury in the opening half-hour as Gabadinho Mhango was stretchered off with an ankle problem for Wits, while City’s Matthew Rusike appeared to pull a muscle.

The first half produced little in the way of goalmouth action, but Wits grabbed the lead seconds before the break when Mosiatlhaga danced his way into the City box and squared for Majoro to sweep the ball home.

Mosiatlhaga used his pace to get behind the City defence just past the hour-mark, but having created the shooting chance, blazed wildly wide as the best chances continued to fall to the visitors.

City were level minutes later though when excellent trickery on the left from Ralani provided a low cross for Martin, who turned and fired home with his weaker left-foot.

The home side began to take control of possession from then on, but were stung by a sucker-punch from Majoro, who scored his second from close-range with 15 minutes remaining.