Ngele hopes to play and shine in derby 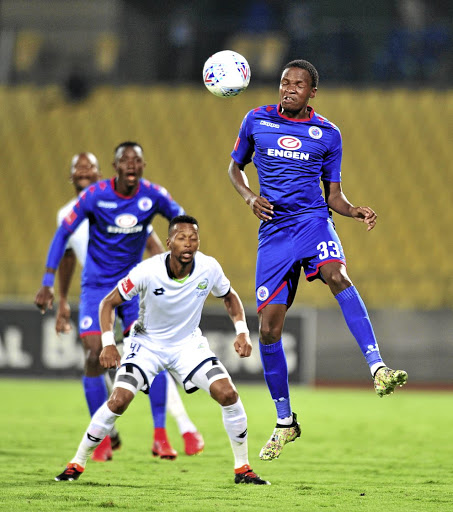 SuperSport United midfielder Mogakolodi Ngele hopes his future will have more certainty after experiencing turbulent times in the past few seasons.

After spending much of last season on loan at Bidvest Wits, Ngele is again away on another loan spell from his club Mamelodi Sundowns.

The Botswana international is currently on loan until the end of the season after joining United last month.

The deadly playmaker affectionately known as "Tsotso" has grabbed his opportunity at SuperSport with both hands. On Tuesday he played his fourth league match for Matsatsantsa-a-Pitori in the goalless draw at Platinum Stars.

"I'm glad that I am being given a chance to play after a long time. I have had to improve the match-fitness and keep up with the pace of the game," Ngele told Sowetan.

"I just want to make sure I am playing... my job is to play football so I think in future there will be an improvement."

The former Dikwena attacker's contract with the Brazilians expires in June 2019.

The 27-year-old has remained coy about a possible permanent deal to SuperSport.

"For now my focus is on SuperSport and I hope that things in June will be better.

"I want to see myself scoring more goals and helping the team win. I want to add value."

After a lengthy spell without game-time at Chloorkop, the media-shy lefty concedes that being a perennial benchwarmer was tough.

"Obviously when you do not play it's a problem.

"It does frustrate sometime. All I try to do is to remain professional. To eat well, train well and respect the coaches."

Premiership leaders Sundowns will take on SuperSport in the Tshwane derby at the Lucas Moripe Stadium on Saturday (6pm).

Tsotso is looking forward to having an impact in the clash against Sundowns.

"If we can get our [game] plan right then anything can happen. It won't be an easy game for obvious reasons since we all know the quality of Sundowns."