Fifa asked to step in after Rantie vanishes 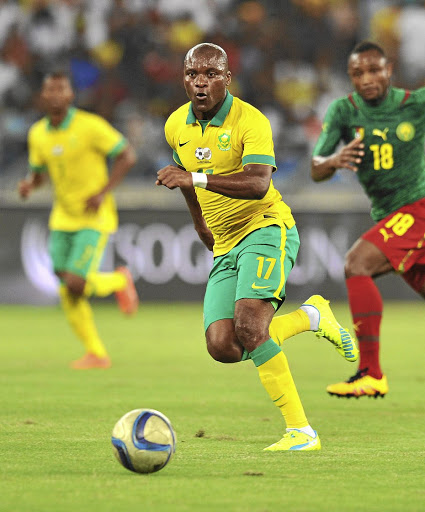 Tokelo Rantie is alleged to have absconded from his club in Turkey. Muzi Ntombela /Backpagepix

Stars of Africa director Farouk Khan has admitted that he is worried about the future of one of the academy's prominent products, Tokelo Rantie.

Rantie, 27, could be in hot water as Turkish side, Genclerbirligi, have reported him to Fifa after he absconded from the club. It's alleged that Rantie told Genclerbirligi about four months ago that he was returning to South Africa to be with his sick grandmother. He didn't return to the club.

Khan is very close with Rantie, who joined his academy when he was 14 years old in 2004. However, even Khan doesn't know where the star is at the moment.

"TK is a very good person, a very good guy and I don't know what has made TK decide to leave his club the way he did," he said yesterday.

The former Orlando Pirates striker has been linked with Swedish side IFK Goteborg.

"Wherever he is, my appeal to him is, 'you still got a lot of football to play'. He must put aside all these things and come do his job, so he can make the best out of his career.

"This is the time when he should really be establishing himself financially for the future. You know football is a short career.

"I'm very sad, because he's such a good person. He never gave me problems.

"But money can change people, you know," added Khan, whose academy was also home to May Mahlangu and Tefu Mashamaite.

Sowetan reached out to Rantie's agent Nadeem Mahmood who is also a partner at Stars of Africa, but he was not immediately available for comment.

Mahmood said Rantie "is around", but immediately asked to be excused because he was in a meeting overseas.

It is not clear how far Genclerbirligi has gone in laying a case with Fifa and the European club had not responded to Sowetan's inquiry by late yesterday.

Rantie's future with Bafana Bafana is also up in the air after he turned down a call-up late last year, which infuriated coach Stuart Baxter.