Aussies arrive ready for what South Africa can pitch their way 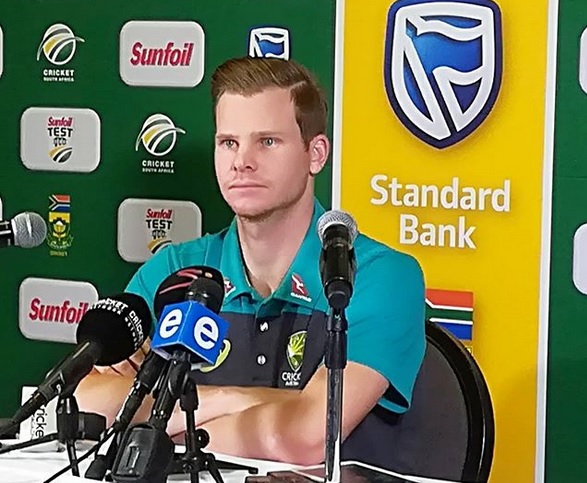 Australian captain Steve Smith has said that his team don't know what to expect from the South African pitch conditions during their anticipated four-match Test series‚ which starts in Durban next month.

Other matches takes place at St George’s Park in Port Elizabeth‚ Newlands in Cape Town and the last one will be at the Bullring in Johannesburg at the end of March.

Conditions of that pitch during South Africa’s 2-1 series win over India recently received harsh criticism and Wanderers Stadium was hit with three demerit points by the International Cricket Council (ICC) after it was rated poor by the match officials.

“We saw some of the wickets that looked quite difficult for the batters during the Indian series but for us it’s about playing what is in front of us‚” said Smith in his first press conference since the first group of players arrived in the country on Friday.

“Whether we get a flat or green wicket that is doing something and it is up and down‚ you just have to try and adapt whatever is in front of you and do the job.

“My message to the boys is that we don’t know what we going to get in each Test match and venue. It is just about playing the way we need to play for the conditions that we will be faced with.”

South Africa have quick bowlers like Kagiso Rabada‚ Morne Morkel‚ Lungi Ngidi and Vernon Philander‚ who did a good job against India in the test series‚ and Smith is looking forward to facing them.

“I am excited by the prospect of facing the South African fast bowlers. You love going up against the best bowlers around the world‚” he said.

“I think South Africa have in particular two guys who bowls at pace in the form of Rabada and Morkel‚ and there is Philander who has done what he has done for long periods of time.

“I think it is exciting and the batters should be looking forward to the series because it is going to be challenging and good for the viewers to watch.”

He said he has been impressed with young introduction Ngidi.

“I have watched a little bit of him and he bowled reasonably well. He comes wide of the crease‚ angles the ball in at the right-handers‚ he hits pretty good areas and he is a good find for South Africa.”

Australia have just come out of a busy Ashes series where they beat England at home but Smith said most of the players had a few weeks’ break before travelling to South Africa.

“I was worried until two weeks ago‚ when I got a little bit of a break‚ and I feel good and refreshed now.

“Not so long ago I did not feel like picking up my cricket bat but five or six days ago I wanted to do it again and I am ready to go.

“I think it’s probably the same with most of the guys. We have had a big summer and the chance to have a little bit of a rest is important.”