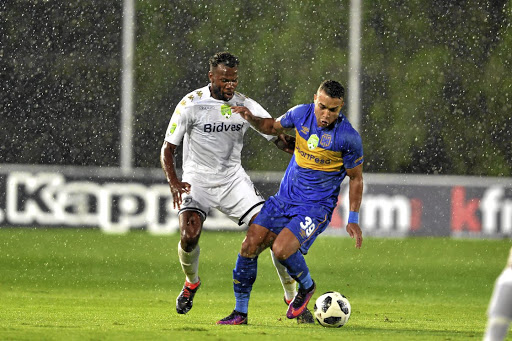 Cape Town City striker Matthew Rusike feels he is a more complete footballer than the one who left Kaizer Chiefs in 2015.

The Zimbabwean made a surprise return to the PSL after signing with the Citizens on the last day of the January transfer window.

Despite reportedly being offered a contract extension at the time, he left Chiefs three years ago for Halmstads in Sweden after winning the Premiership title before the arrival of coach Steve Komphela.

Rusike was on hand to score the winning goal on debut as City dumped Bidvest Wits in the Nedbank Cup last week.

He will look to be on target again against his former employers, Amakhosi, in their league encounter at the FNB Stadium on Saturday (8.15pm).

"I am not the same player that left. But at the same time I know the game. Hopefully, I can continue scoring and get the ball rolling," Rusike told Sowetan.

"Everybody wants to hit the ground running. I am no stranger to SA football but this time when I come back I've got the experience."

Rusike is looking forward to the Chiefs game and says it will be a battle between teams that are hungry for the title.

"Chiefs are a different side from the one under Stuart Baxter. Both teams are in contention for the league title, so it will be a tough one."

The clash will be a battle of the Premiership chasers who are looking to close the gap on leaders Mamelodi Sundowns.

City and Chiefs have identical records in the Premiership as they are both on 31 points from 20 games - seven behind Sundowns.

The 27-year-old is relishing the main striker role at the Mother City outfit where he feels he can contribute many goals.

"We have some top-quality players at City and what I like is that we are a team that knows how to come [to the party and], the scoring chances are never running out. To play with guys like Teko Modise just makes it easy to score."

The former Jomo Cosmos man hopes coach Benni McCarthy will mould him into a lethal marksman.

"The coach has faith and confidence in me. That is why I came to the club.

"I had a chat with him and it happened very quickly. He is someone I look to learn from and grow as a striker. This club will be a powerhouse from Cape Town for sure."