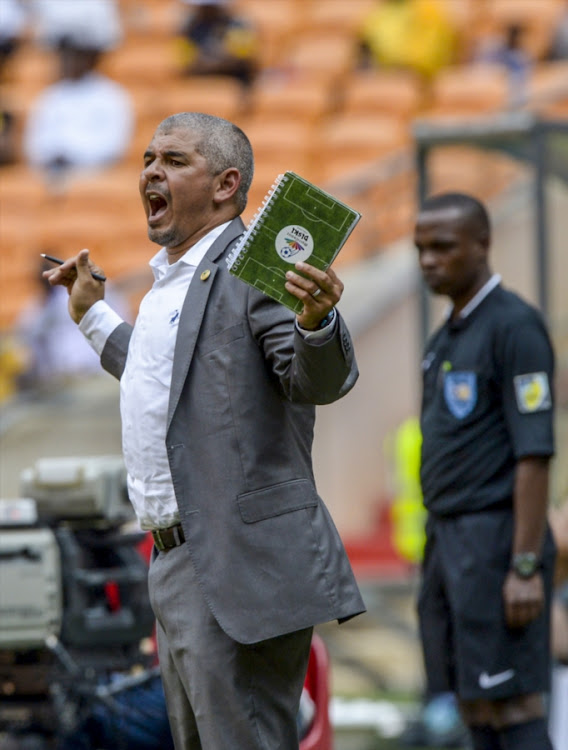 Golden Arrows coach Clinton Larsen says Kaizer Chiefs have the inspirational Itumeleng Khune to thank after the KwaZulu-Natal visitors could not find a way past the goalkeeper‚ eventually going down 3-0 in a Nedbank Cup Last 32 match at FNB Stadium on Sunday afternoon.

The forthright Larsen said Khune stood between them and progressing to the next round of the cup competition and the visitors could have had something to show for their hard work had the goalkeeper not played in the game.

“I thought that Yusuf Jappie came in‚ played some quality balls into the box for (Knox) Mutizwa‚ in particular‚ but we just could not find the back of the net‚” a disappointed Larsen said.

“Khune then makes a world class save to deny Jappie and he gets man of the match. So I think it said something about our attacking intent.

“We did not come here and sit back.

"We came to try and score goals – the goalkeeper got man of the match and so I think in that regard we achieved what we wanted to.”

Larsen suggested that the final score was not a true reflection of the game after second half goals from Ryan Moon‚ Bernard Parker and Joseph Molangoane gave Chiefs the comfortable result.

“I think that the scoreline is slightly flattering (to Chiefs) with regards to the effort that my boys put in‚” the Arrows coach said.