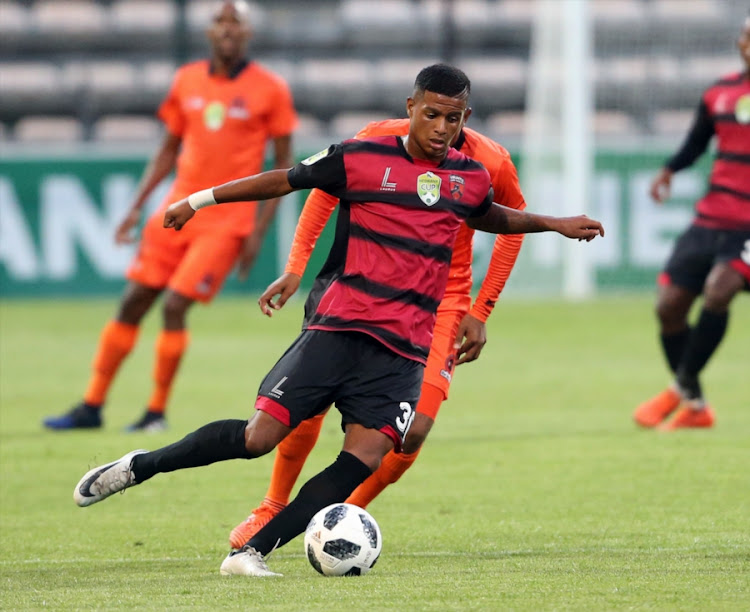 Ubuntu Cape Town grabbed a major scalp as the opening night of Nedbank Cup action on Wednesday saw the club struggling at the bottom of the two tiers of the professional football structures in South African football eliminated Polokwane City 3-2 after extra time.

The locals belied their lowly status with a gutsy showing as they overcame early jitters to claim victory with a 114th minute winner from Siyabonga Madikane, although he looked suspiciously offside as he steered home the decisive goal.

Ranga Chivaviro scored the other two for Ubuntu Cape Town, who have only won three games previously this season in the NFD.

Polokwane coach Bernard Molekwa elected to rest most of his first team players and give chance to those on the fringes of his selection and looked to be vindicated as the Limpopo side made a dominant start and were ahead before the first quarter-hour was up. But in the end it backfired on him.

An over-hit cross was pulled back into play by local boy Bongile Booi, who had his family on hand to watch him, and set up Zambian Salulani Phiri for a shot that seemed to miscue off the side of his boot but still land up in the back of the net for the game’s opening goal.

Ubuntu looked like the side at the bottom of the National First Division until they drew confidence from their first attack when Kamohelo Mahlatsi, the teenager on loan from SuperSport United, flashed just wide with a powerful drive after being teed up by veteran Franklin Cale.

They then overcame their initial shyness and began to string together some decent passes and should have been level some four minutes before the break when Mahlatsi set up Khanyisa Mayo, the son of ex-Kaizer Chiefs striker Patrick Mayo, who blasted over the top when it seemed easier to score.

But in stoppage time at the end of the half, they did equalise as Chivaviro bundled the ball over the line although it needed the linesman to confirm it had crossed for the goal.

An upset result looked on the cards when Cale’s cross found Chivaviro in among the Polokwane defence as he rose easily above all to head home from close range early in the second half to see Ubuntu go 2-1 up.

Polokwane’s plight worsened when centre back Sibusiso Mbonani was sent off for a retaliatory elbow in an off-the-ball incident with the game not yet one hour old.

The odds had suddenly swung Ubuntu’s way for once this season but a horror defensive mix-up gifted Walter Musona an equaliser in the 66th minute.

Home goalkeeper Buti Khoza came for a high ball but his centre back Gerome Heutchou-Kuilong got to it ahead of him and headed it straight at Musona for an easy finish as the keeper was caught stranded.

Both sides had chances to win it in normal time but it went into extra time after finishing 2-2 after 90 minutes.

In the other match at King Zwelithin Stadium, AmaZulu booked their place in the last 16 round after defeating National First Division side Mthatha Bucks 3-0 through a penalty shootout.

The match had ended 2-2 in regulation time.

Cape Town City also advanced to the last 16 round with a clinical 1-0 away win at Bidvest Wits at the wet and rainy Bidvest Stadium in Johannesburg.

On certain statistics‚ new SuperSport United signing Evans Rusike comes out second to Percy Tau as an attacker in the Premier Soccer League‚ says the ...
Sport
4 years ago

Bidvest Wits go into Saturday’s crucial Premier Soccer League home clash against Kaizer Chiefs on the back of four unbeaten matches. However‚ that’s ...
Sport
4 years ago

The January transfer window has slammed shut with a number of Premier Soccer League clubs making significant changes to their squad.
Sport
4 years ago
Next Article