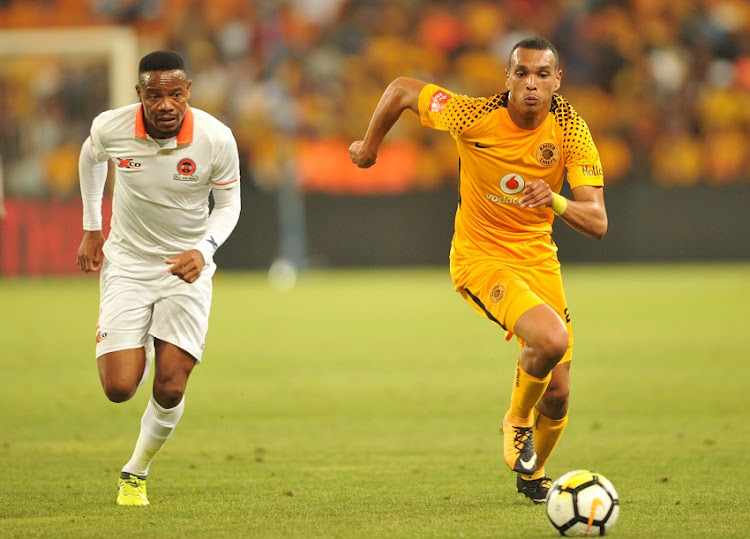 Goals have been in such short supply at Kaizer Chiefs this season that a man who has only played in five league matches has managed to catch up with team-mates who have been playing since the start of the campaign in August last year.

Ryan Moon has managed to find the back of the net three times and yet the goals he scored against Polokwane City‚ Baroka FC and Bidvest Wits – all coming from the left boot of Siphiwe Tshabalala – have enabled him to catch up with his misfiring colleagues.

After contributing with another strike in Amakhosi’s 1-1 against Wits on Saturday‚ Chiefs coach Steve Komphela gave further insight into the 21-year-old Moon’s performances.

“Strikers do that‚” said Komphela when he was asked about Moon's tendency to drift in and out of the matches and only appearing when he scores.

“When you are in a game you have to be seen when you’re just about to strike.

"You should not be seen when you prepare it.

"You will always see him (Moon) when he strikes.

“You never see a snake while it is searching and looking for a target. But you see it when it matters most.

“It’s good that he’s seen and not seen because if he’s constantly seen‚ then they can monitor him.

“He’s a natural goal scorer; he’s got gift and luck for goals.

"I think strikers are like leaders‚ they are born compared to made. Ryan is that. He’s a born striker.”

Goals has come in dribs and drabs from different sources since then without anyone showing signs of taking a bigger and consistent responsibility.

Chiefs have scored a total of 18 goals in the 20 league matches this season‚ half of those scored by Moon‚ Tshabalala and Paez combined.

The poor scoring trend seemed to slightly improve in January when Komphela decided to introduce Moon‚ whose appearance was delayed by injuries at the start of the season.

The Pietermaritzburg-born striker has not been one to wow Amakhosi fans with his first touch or silky dribbling skills.

But he's managed to ghost in behind the defenders and score crucial goals for his goal-shy club.

As Komphela continues to search for his best combination up front‚ the big question is who will he partner with the on-form Moon between new acquisition Leonardo Castro and Paez‚ whose poor form has been defended by the Chiefs coach.

“It’s all about confidence‚” said Komphela of Paez.

“We need to give him confidence‚ maybe by giving him better service.”