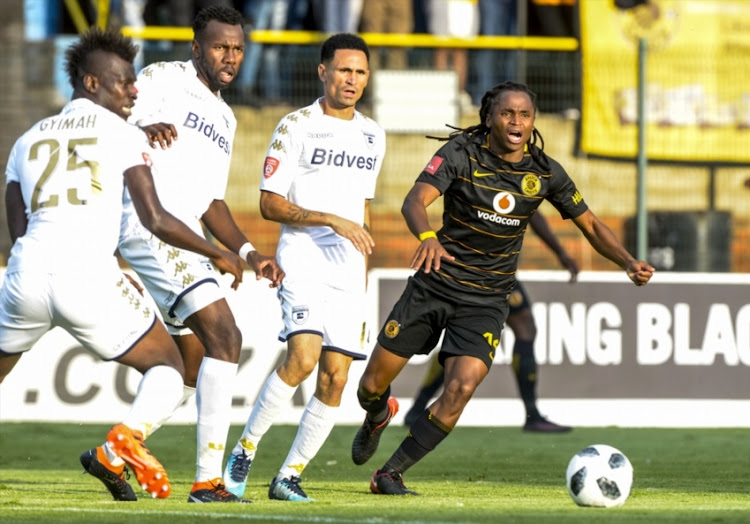 Siphiwe Tshabalala of Kaizer Chiefs with possession during the Absa Premiership match between Bidvest Wits and Kaizer Chiefs at Bidvest Stadium on February 03, 2018 in Johannesburg.
Image: Sydney Seshibedi/Gallo Images

A 1-1 stalemate between Bidvest Wits and Kaizer Chiefs did neither side’s cause any good as Chiefs slipped well behind Mamelodi Sundowns in the title race and Wits stayed firmly among the relegation candidates.

Ryan Moon had the visitors ahead at half-time, against the run of play, but Lehlohonolo Majoro equalised early on in the second half against his old club.

Chiefs are now seven points behind Sundowns with 10 games left to place in the season while Wits climbed just one place to 13th but just two points above second last position.

Wits, coming into the game with improved form, dominated the first half, forcing eight corners and regularly sitting inside Chiefs third but the quality of their final ball was poor and when they did get a chance from a cross out wide the headers inside the penalty area when wide, notably from Bongani Khumalo and Buhle Mkhwanazi.
Chiefs barely got out of their own half with a tight reign kept on Siphiwe Tshabalala and Philani Zulu.

But when Wits did slack off on the pressing on Tshabalala they got caught cold. The veteran winger was given just enough time in the 41st minute to provide a perfect cross from the left hand side which Moon attacked with some vigour to head home in style for his third goal in AmaKhosi colours since his preseason move from Maritzburg.
James Keane had a chance to equalise in the 49th minute after being set up by a darting run from man-of-the-match Daylon Classen but pushed his effort wide.

Sifiso Hlanti provided the cross for Majoro to head home a text book header for the 54th equaliser.

Chiefs proved more competitive in the closing stages with Leonardo Castro putting fellow substitute Siphelele Ntshangase clear in the 84th minute but Darren Keet made a fine stop with his feet.

Itumeleng Khune made a good save to deny Wits with the last kick of game from Frank Mhango.