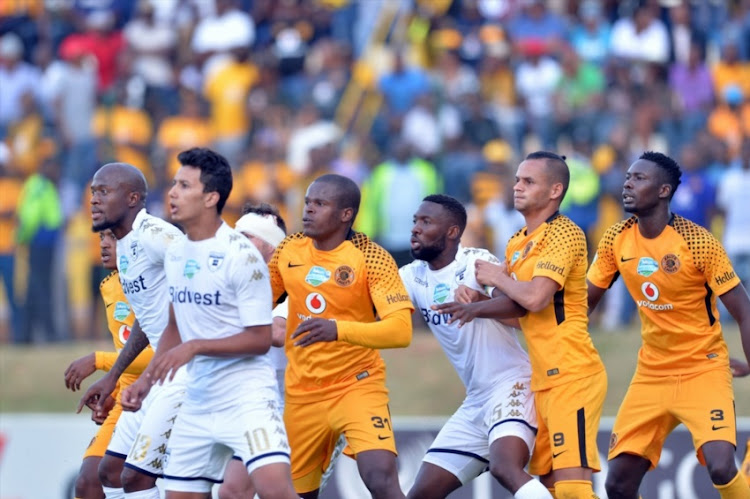 Bidvest Wits go into Saturday’s crucial Premier Soccer League home clash against Kaizer Chiefs on the back of four unbeaten matches. However‚ that’s not enough for their coach Gavin Hunt to say they’re a better side.

Having looked like relegation candidates for the best part of the first half of the 2017-18‚ Wits are starting to look like a side that can threaten championship candidates. Wits’ title defence has been one of word and not of deed.

However‚ in their 4-1 evisceration of SuperSport United last weekend‚ Wits played and looked like defending champions. Hunt was impressed by the goal-scoring deluge but not the performance.

“In terms of results‚ we may have turned the corner but when it comes to performances‚ it’s still the same‚” Hunt said.

“In terms of the performances‚ there has been effort and desire. Even when we were losing‚ those qualities were still there but we haven’t had the finishing touches.

“The results have been much better but we’re still a long way off from where we want to be.

“We’ve played better in other matches but it’s just that we’ve scored four goals. I don’t think we were that good.

“We were good but not that good. We scored four goals but look at all the games we lost. When we lost to Platinum Stars‚ we must have had 15 chances. Against SuperSport we had six and we scored four. We also defended better.”

Wits face a Chiefs who for the first time in three seasons‚ are starting to look like a team that can contest for the league.

They have a fearsome frontline bolstered by the mid-season acquisitions of Leonardo Castro and Siphelele Ntshangase.

Should Cape Town City pull off their second consecutive league double if they beat leaders Mamelodi Sundowns in Cape Town on Friday night‚ Chiefs could move to within two points of the Brazilians should they take three points at Wits.

However‚ Cape Town City will be in the pound seats as they are in second place with 31 points.

Hunt said Chiefs play differently to other the PSL sides and will be tough to break down.

“Chiefs do play differently as compared to the other teams in the league because of their structure and that is a fact. It doesn't matter though because you still have to break it down and make sure you deny them opportunities. When they go forward‚ they go forward in numbers‚” Hunt said.