If Ajax can beat Pirates they can beat anyone‚ says Ertugral 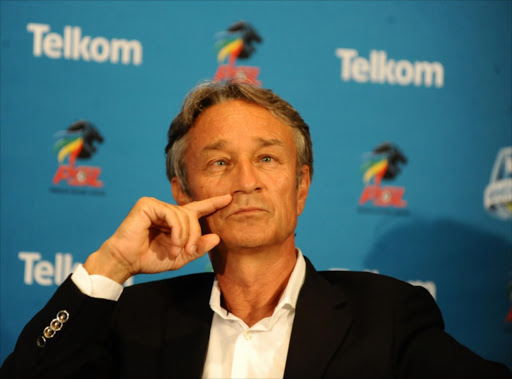 MUHSIN ERTUGRAL “What made me really happy about beating Pirates is the next step for the boys‚” he said.
Image: GALLO IMAGES

Muhsin Ertugral believes Ajax Cape Town have hurdled over a psychological block and been injected with newfound confidence after beating Orlando Pirates in midweek and will go into their game at Polokwane City on Sunday in buoyant mood.

Ertugral has two wins from the six matches he has been in charge of since arriving for a fourth spell at Ajax.

“What made me really happy about beating Pirates is the next step for the boys‚” he said.

“If we can beat Pirates 3-0 with a performance like that in terms of our organisation and patterns then why can we not beat everyone else?

“The players need to believe in what we the coaches are saying and the tactics we put up.

“These are the results that instill the confidence needed and allow us to work on the little extras now that we must instill‚ especially more things to do when we have the ball.

Muhsin Ertugral says there is no bad blood between him and former employers Orlando Pirates‚ who he faces on Wednesday with his new club Ajax Cape ...
Sport
4 years ago

“Psychologically the last couple of month have been tough for the club. It is a process but our win has definitely lifted the morale and self-belief.”

Ajax are still second from bottom in the Premier Soccer League standings with 20 points from 20 games‚ and still have the Tendai Ndoro eligibility case hanging over their heads‚ but are just one win away from suddenly moving up as high as 10th place.

“We beat a great team on Wednesday night‚ make no mistake about that. But a lot fell for us‚ like the corners‚ which was something we had been talking about all week before the game‚” Ertugral said.

“It didn’t fall for us in the previous game against Free State Stars (a 0-0 draw) but it did against Pirates.

“It also didn’t fall for us in the second half when we lost against Sundowns (2-1 on January 9). We had two or three chances where we could have scored.”

Ajax’s match in Polokwane at Old Peter Mokaba Stadium is their first fixture out of Cape Town since they lost to Kaizer Chiefs in Durban on December 16‚ a result that cost Ertugral’s predecessor Stanley Menzo his job.