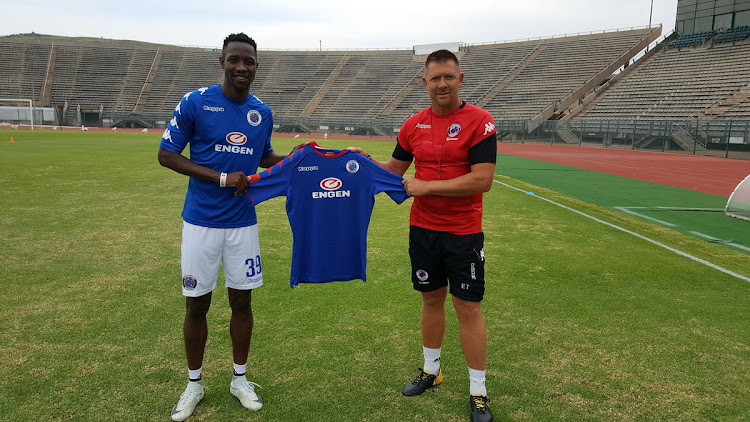 United tied down the deal on Tuesday night for the Zimbabwean as a direct replacement for prolific Kiwi Jeremy Brockie‚ who has been sold to Mamelodi Sundowns.

In a statement SuperSport said: “SuperSport United and Maritzburg United have agreed terms for the permanent move of Zimbabwean international striker Evans Rusike with immediate effect.

Matthews was quoted as saying: “We have been watching Evans with great interest over the last few years at Maritzburg.

“He has all the makings of a great striker with blistering pace‚ great skill and he can finish in the box.

"We are thrilled to announce his signing and look forward to him making a meaningful contribution for us over the next few years.”

Rusike said part of his reasoning for joining SuperSport was that the club have shown that they are capable of moving players on to Europe.

“SuperSport is a great club. They have achieved a lot in their short history‚ especially in the cups‚” the striker said.

“They have also shown that they can get players to Europe and it remains my dream to play in Europe.

“I know I have to prove myself to the coach (Eric Tinkler) and management of SuperSport and I will give my best to boost the team into the Top 8 this season.”

Rusike (27) has 10 caps for Zimbabwe‚ including one substitutes’ appearance at the 2017 Africa Cup of Nations in Gabon.

He has scored 20 goals in his two-and-a-half seasons at Maritzburg.