Chiefs, Sundowns play to a goalless draw in front of 70 000 fans 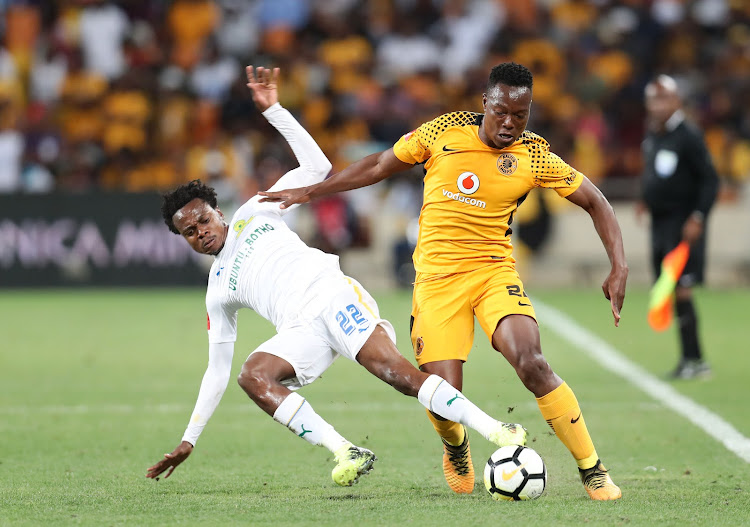 Mamelodi Sundowns are five points ahead at the top of the Premier Soccer League standings and will be the happier of the two after garnering a hard earned point at Kaizer Chiefs on Saturday night.

There were no goals for the 70 000 spectators at Soccer City to savour but Sundowns kept up a comfortable lead and denied Chiefs a chance to do the double over them in this campaign, leaving them five points behind the Brazilians as they moved from fourth to third place on the log.

The clash was less than a minute old when Sundowns had the first chance as Percy Tau played a stunning long range pass out to the left hand side where Khama Billiat collected the ball, cut inside and put it square into the danger zone. A sliding Sibusiso Vilakazi was just inches away from making contact and possibly steering it past Itumeleng Khune.

In the eighth minute, Sundowns’ usually reliable goalkeeper Denis Onyango handed the visiting fans a potential heart attack as he failed to clear properly and gave possession away to the dangerous Siphiwe Tshabalala, who played it into Ryan Moon, who in turn set up Dumisani Zuma, who only got as corner as his off-target shot got a deflection.

Zuma was more accurate in the 21st minute when his long-range drive forced a save out on Onyango.

Chiefs should have gone ahead just two minutes later as Tshabalala skinned Hlompho Kekana to cut inside the Sundowns’ penalty box, with his cross then hitting the knee of Bangaly Soumaharo and spinning back towards the Sundowns’ goal, only to change its course when it bounced just in front of the line, saving the big Ivorian from the ignominy of yet another own goal in Sundowns’ colours.

Tshabalala was busy throughout the first half, down the left hand side of the home attack, proving he is still capable as a wide player despite his advancing years, and will have been disappointed that neither Moon nor Zuma got onto the end of an inviting square ball in the 32nd minute.

But the half ended with a chance for Sundowns as Daniel Cardoso attempted to clear, only to play it onto the head of Tau but he directed the ball straight at Khune.

The entry, as second half substitutes, of Jeremy Brockie for Sundowns and Leonardo Castro for Chiefs, promised to liven it up after the 15 minute period after the break saw a high turnover of possession.

Brockie had two half chances to get a first goal for his new club but Castro had no chances at the other end.

With 12 minutes to go, Tau turned superbly to fire the ball past Khune but it bounced back off the upright straight at Brockie, who thrashed it back towards goals, only for it to hit the woodwork again.

The start of the game was delayed by 15 minutes with less than half of the 70 000 crowd in the stadium. But there were no reported incidents as spectators continued to steam in well after kick off.

Yannick Zakri made his debut for Ajax Cape Town, but there would be no fairytale goal as the Premier Soccer League strugglers were held to a 0-0 draw ...
Sport
4 years ago

The Nedbank Cup Last 32 draw threw up a number of all-Premier Soccer League ties including a meeting between Kaizer Chiefs and Lamontville Golden ...
Sport
4 years ago
Next Article