Will Chiefs v Sundowns be the Castro v Brockie show? 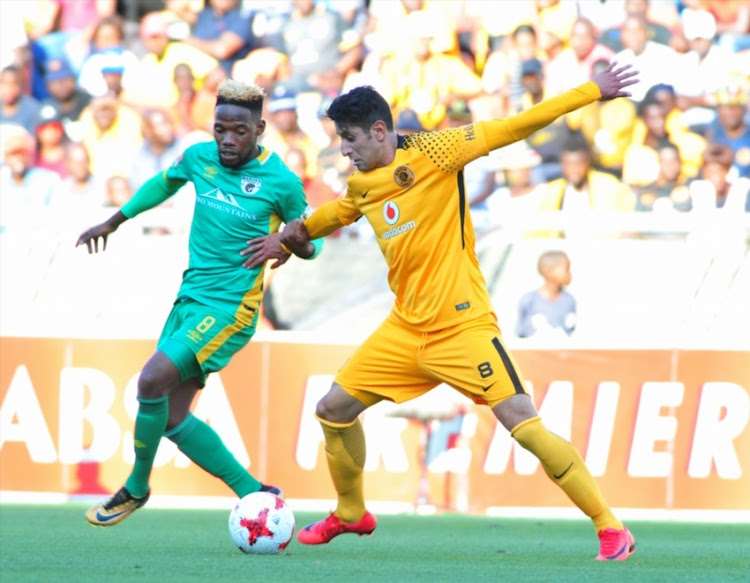 Saturday night’s big Absa Premiership contest between Kaizer Chiefs and Mamelodi Sundowns at FNB Stadium has the potential to turn into the Leonardo Castro versus Jeremy Brockie show.

Both sides have plenty of stars. But the two high-profile new striker signings‚ each of whom so far have just one impressive substitutes’ debut between them for their respective new clubs‚ are threatening to hog the limelight.

Castro came on for Chiefs against Baroka FC at Peter Mokaba Stadium on Saturday and smashed in a spectacular first-time struck goal to earn his side a 2-1 victory.

Brockie‚ the most prolific striker in the PSL for the past two-and-a-half years‚ was introduced once Sundowns had already wrapped up the game in their 3-0 defeat of Platinum Stars at Loftus Versfeld‚ and did not score‚ but looked very sharp.

Castro has much to prove against Sundowns‚ where‚ after being pivotal in the team winning the 2015-16 PSL title‚ he found himself increasingly sidelined in the last one-and-a-half seasons.

Downs coach Pitso Mosimane this week could not help taking a dig at Chiefs for snapping up the Brazilians’ want-away striker.

“Leo has moved on and we respect that. And I think Steve (Komphela‚ Chiefs’ coach) is happy that I’ve handed him Leo. I didn’t have to. I could have kept him if I wanted. That’s what generosity we have‚” Mosimane said cheekily.

He continued: “I’ve seen a lot of players coming from Sundowns and scoring against Sundowns. You can mention a whole lot – ‘Rama-G’ (Rodney Ramagalela)‚ Rama Mphahlele.

“Everybody scores against us. It’s OK. It’s part of football. And you can’t even control it‚ whether you like it or not.

“But ja‚ Leo knows our secrets – he moves with the (coaching) booklet. And probably he has given it over to Steve.

“He knows our weaknesses and strengths. And we also know his strengths and weaknesses.

“So it depends on the day. I don’t have a problem if Leo scores against us.

“Why not? There’s nothing wrong with that.”

Komphela seemed a little irritated at Mosimane’s suggestion that Sundowns had been generous.

“What Chiefs wants‚ Chiefs gets‚” he said.

“When we put our eye onto something‚ whatever it takes‚ we just get it. I’m not going to offer more.”

He continued: “The Castro issue – we saw him on Polokwane. And as much as the coach (Mosimane) says Castro has got Sundowns’ DNA‚ they have got his as well.

“They know how he dribbles. If he goes there‚ what he is up to.”

He could be an even more fearsome prospect for Amakhosi goalkeeper Itumeleng Khune to stop as the sharp end to Downs’ fearsome attack.