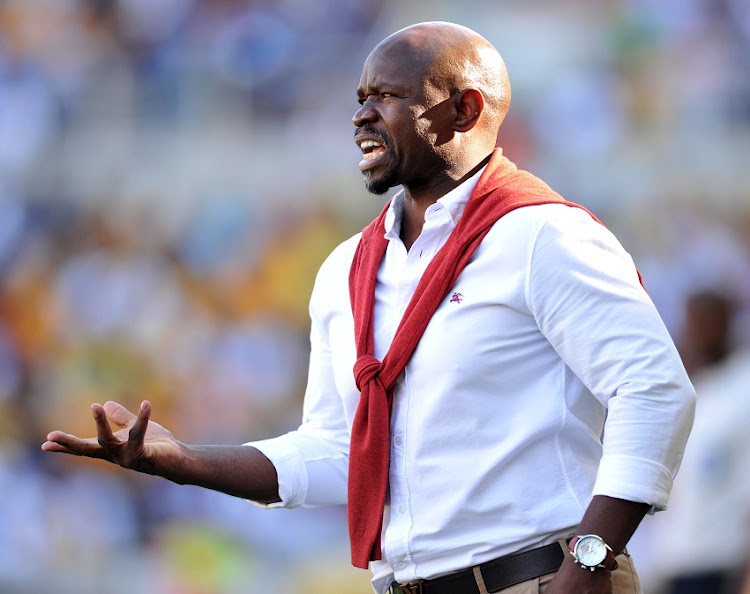 Kaizer Chiefs have to utilise their superior defensive structure to neutralise Mamelodi Sundowns’ better attack‚ while Amakhosi’s offence also try to exploit whatever defensive weaknesses the Brazilians have.

Komphela quoted from one of his favourite texts describing the battle he sees emerging at FNB‚ though‚ in honesty‚ he may have been paraphrasing.

“‘Recognise the opponents’ strengths and play it to your strengths’. The Art of War‚ Sun Tzu‚” Komphela said‚ referencing the ancient Chinese military discourse‚ and world’s oldest motivational speaker manual.

“You need to know your opponents‚ understand their strengths. But still don’t compromise on your own.”

Sundowns have conceded 17 goals from 18 games this season‚ though largely because they are such a high-pressing‚ attacking team.

Amakhosi have conceded the second-least with 11 goals let in.

Chiefs‚ as they did in their 2-1 win at Loftus Versfeld in October‚ will try to soak up pressure from Downs’ explosive attack‚ bolstered now by Jeremy Brockie‚ Gaston Sirino and Aubrey Ngoma.

Then Chiefs have to try to utilise their effective counterattack to exploit the gaps Sundowns can leave at the back in what should be a contest serving up a fine contrast in styles and approaches.

“In my opinion the match on Saturday is in two ways. Chiefs are going to be up against a very effective team offensively.

"They have got a good striking force‚” Komphela said.

“And Sundowns are going to be up against a very good defensive team. It’s whoever breaks that.

"But that they have problems at the back like any other team – you look into the number of goals they have conceded.”

Chiefs‚ in third place‚ have won four and drawn one of their last five games.

Leaders Sundowns have won three and lost two in their last five.