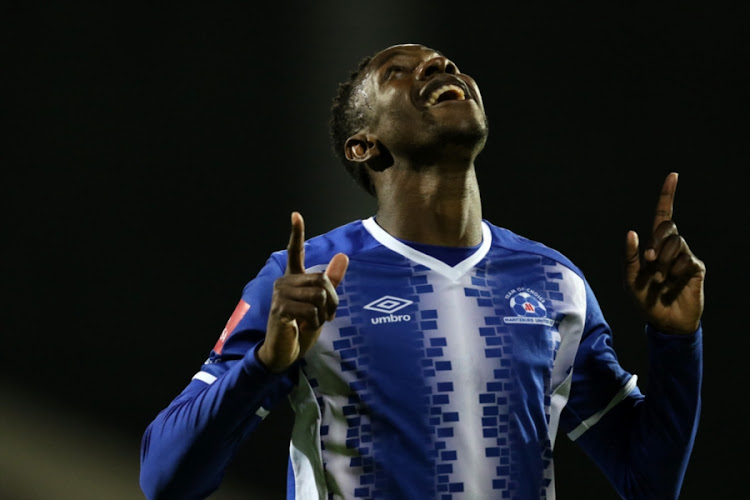 Free State Stars chose the worst possible time to lose their sixth game of the season when Maritzburg United clobbered them 3-0 at Goble Park in Bethlehem.

Second half sucker-punch goals from Andrea Fileccia, Evans Rusike and Bandile Shandu condemned Stars to their first loss in 2018.

It was also their first defeat in five matches since their 3-0 hammering against Bloemfontein Celtic on December 10.

Had Free State won the game, they would have drawn level on points (31) with Mamelodi Sundowns, who face off against struggling Platinum Stars in a later kickoff.

Maritzburg bounced back from their deflating 1-0 midweek home loss to SuperSport United in no uncertain terms to move to fourth with 27 points. They've won seven of their 18 matches with six draws.

Maritzburg are a dangerous side who will punish teams who don't take them very seriously and at the end of the day, they were the better side.

The Team of Choice was dealt an early blow when they lost talisman captain Bevan Fransman in the 10th minute to a head injury after colliding with Stars' striker Siphelele Mthembu.

However, the visitors had the better of the first half as Badra Sangare's goalkeeping excellence ensured the hosts kept a clean sheet.

The goalkeeper kept out two Deolin Mekoa freekicks in the 44th and 47th minutes as Fadlu Davids's side shook off the home sides early aggressive intentions.

Maritzburg had the first real chance of the first stanza through live-wire midfielder Lebohang Maboe in the 27th minute.

While the shot didn't bother Sangare, it was an indication of what was to come for the rest of the half.

They had received a stern talk from Davids during the water break and were the better side after that.

Three minutes later, Nyiko Mobbie was called on to make a superb tackle on Rusike in the box after Maritzburg weaved through the host's midfield.

On any other day, Rusike would have had enough time to pick a spot and shoot but was blindsided by the tall right-back, whose tackle dispossessed the striker without fouling him.

However, it took Maritzburg less than a minute in the second stanza to take the lead through Fileccia, whose first time shot from a delightful Rusike through ball had the beating of Sangare.

Stars aren't in the top three for no reason and Maritzburg needed a top-notch save from Richard Ofori to keep out Bangaly Keita's 54th minute header from a Harris Tchilimbou corner.

The visitors though stamped their authority on the game five minutes later through Rusike's powerful long range grass cutter that gave Sangare no chance.

Shandu extinguished any hopes of a late comeback with a routine counter-attacking goal three minutes from time.

The Nedbank Cup Last 32 draw threw up a number of all-Premier Soccer League ties including a meeting between Kaizer Chiefs and Lamontville Golden ...
Sport
4 years ago

Free State Stars coach Luc Eymael has reiterated that his club will not stand in the way of players who want to leave amid reports this month that ...
Sport
4 years ago
Next Article