Who wants the PSL title more? 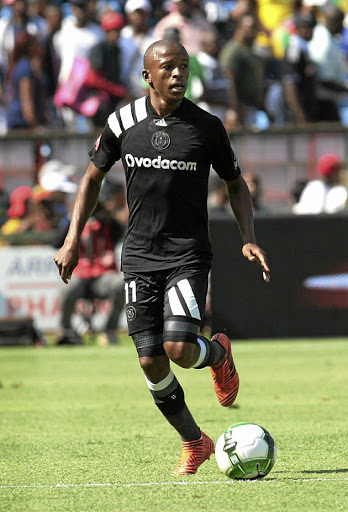 Luvuyo Memela will be expected to twist the knife into City as Orlando Pirates hunt for a third win in a row.
Image: VELI NHLAPO

It's been difficult for PSL teams to string three or more wins in a row this season and the same goes for Orlando Pirates.

The Buccaneers, however, have a chance to achieve this for the first time this season when they take on Polokwane City at Orlando Stadium tomorrow night (8.15pm).

Pirates coach Micho Sredojevic is hoping his charges can continue where they left off in their 3-1 win against Mamelodi Sundowns at Loftus Stadium last weekend.

"We have the highest degree of respect for Polokwane City," noted the Serbian.

"In both the matches we have played them this season, they could score and we could score," said Sredojevic in reference to both 2-2 draws in the league and Telkom Knockout.

After a 2-2 draw in Limpopo earlier in the season, Rise and Shine knocked out their more fancied opponents on penalties in the cup competition in Soweto.

"So it means we have to tighten at the back. We also need to make it more effective in front of the goals. We want to continue where we stopped against (Mamelodi) Sundowns," he said.

Pirates will be buoyed by their convincing form of this year as they recorded 3-1 wins over Baroka and Sundowns.

City coach Bernard Molekwa, meanwhile, has shared his concerns about the way City have been leaking goals.

City opened their year with a 3-2 victory over Downs and a 2-1 loss to Kaizer Chiefs.

However, Molekwa remains confident that they can give Pirates a run for their money.

"We drew in the first round and we took them out of the Telkom Knockout, but they are on form at the moment," Molekwa acknowledged.

Molekwa can call on the likes of PSL top scorer Rodney Ramagalela and Rendani Ndou for goals, while his defenders will need to keep an eye on Bucs' in-form striking duo of Luvuyo Memela and the tough to handle Justin Shonga.