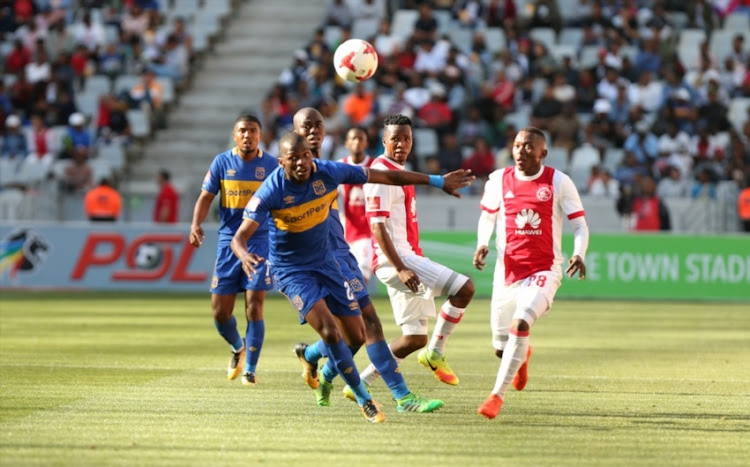 Cape Town City owner John Comitis says the rivalry with Ajax Cape Town is very much alive ahead of their crunch Premier Soccer League clash on Saturday‚ adding the fact that Muhsin Ertugral is now in charge at Ikamva will add extra spice to the game.

There has been a long-running family feud between Comitis and his brother-in-law Ari Efstathiou‚ the CEO at Ajax‚ who used to be in partnership together at Ikamva until they had a falling out.

Comitis‚ along with his brother George‚ sold their shares in Ajax in 2013‚ with the former later creating Cape Town City after he purchased the top-flight status of Mpumalanga Black Aces.

Asked by SowetanLIVE if he feels sometimes too much is made of the rivalry between the two‚ Comitis doesn’t seem to think so.

“They may be unconfirmed reports‚ but we are continuously hearing about paranoid behaviour from that camp. It [the rivalry] is very much alive‚” Comitis said.

“We don’t concern ourselves with that‚ our purposes on Saturday are very different.

"The fight is on for different purposes.

"But there is no doubt that rivalry is very much alive.”

Comitis is a long-time friend of Ertugral‚ with the pair together before at Ajax‚ and the Turkish coach was his first pick to lead City when the club was formed‚ before he chose to move to Orlando Pirates instead‚ paving the way for the appointment of Eric Tinkler instead.

“What has created more flavour to the game is Muhsin has joined them [Ajax].

"He has come off the back of being very vocal about supporting me in person and our club in a sense.

"He was even involved in the background with the [Lebo] Manyama transfer [to Konyaspor in Turkey]. Now he is on the other side‚ it just puts a bit more salt into the mix.”

Comitis says the clubs have also been “playing games” in poaching staff from one-another in the last month.

“They hijacked [City goalkeeper coach] Calvin Marlin from us on Muhsin’s arrival. Marlin told me that on December 24‚ while I was on the golf course.

"By the time I was finished the round I had taken [team manager] Max Grunewald from them‚ who was probably their most reliable administrator. So we are playing games.

“We are up for anything they are up for. We are ready. It’s going to be mouth-watering.”