Micho not prepared to lose Mobara to Wits 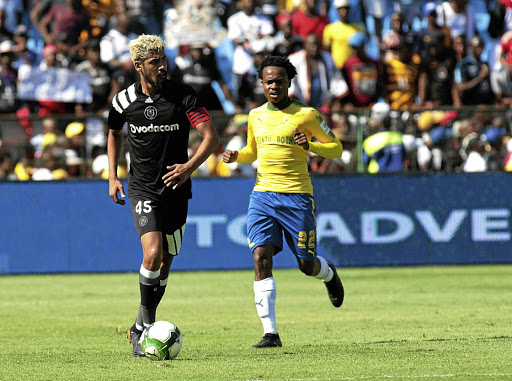 Orlando Pirates coach Milutin Sredojevic spoke with reverence about versatile Abbubaker Mobara in the wake of the reported negotiations for a swap deal with the player for Xola Mlambo of Bidvest Wits.

Mobara was the subject of transfer speculation in the current window as Gavin Hunt searched for a utility player.

Mobara put on a stellar performance for the Buccaneers in their 3-1 victory over Mamelodi Sundowns at the weekend.

While clearly having been instructed not to speak about boardroom deals, Micho does not appear eager to lose his deputy skipper.

"Mobara is deputy captain in the team and he's important for us," Sredojevic said.

They redeemed themselves at the scene of their humiliating 6-0 drubbing at the hands of Sundowns last season.

"It was so much pain with this badge and our supporters before entering the game to leave aside the style and look for effectiveness," the Serb said.

"All the pain the supporters have felt throughout the last year ... and we really wanted to give ourselves something to be proud of."

Based on current form and squad quality, Sundowns and Pirates appear to be the two top title contenders.

Micho aims to remain grounded after securing their first back-to-back wins of the season when they scored six.

"We are far from being title contenders, but being material ... yes. We will work very hard so that all the pain that has been with the supporters goes away.

"The results of the last two games have been a good injection of motivation. After almost 15 months Pirates have secured two consecutive wins with six goals. This will inject us with confidence."

"When someone plays the way Memela plays it would be a crime to stop him. He is unlucky not to get man-of-the-match."