'Is it not beautiful to see goals?' - Mosimane after Downs' defeat to Pirates 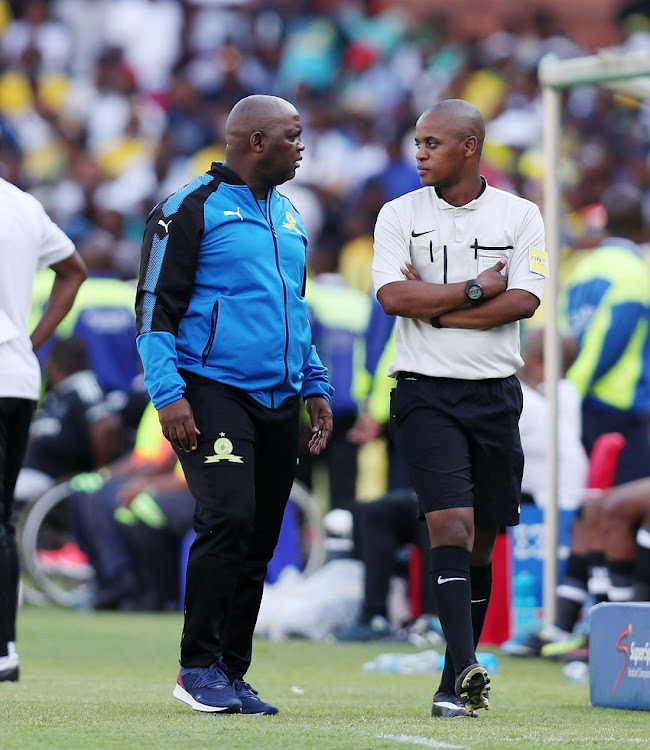 Mamelodi Sundowns' attacking style of play means they will concede goals in some matches‚ Downs coach Pitso Mosimane said after his side's 3-1 Absa Premiership defeat against Orlando Pirates at Loftus Versfeld on Saturday.

Downs at one stage before Christmas looked like running away with the PSL title.

They have been reigned in with three defeats from four matches‚ conceding eight goals.

Mosimane said he was not overly concerned with his defence.

The coach was adamant that the current Sundowns are playing better than his side who won the PSL in 2015-16.

"Before that we had five games where we conceded one goal‚" Mosimane pointed out.

"Is it not beautiful to see goals?

"It's easy for me to stay back‚ and get 1-0‚ and 'A solitary goal' is the headline tomorrow.

"And you can see why we have a little bit of a challenge because we are open at the back (from being attacking).

"But do you want to sit back‚ not being open at the back‚ and then you don't score?

"I think the goals we score are enough. We score a lot of goals.

"Imagine today if we had converted half the chances we got. We would have had more goals (than Pirates).

"So if we score more‚ the opponents will also score more‚ because you are open at the back.

"It's very easy - I canb organise it that we sit back and then noone scores against us. But we want to go forward."

Sundowns (31 points from 17 games) remain in the lead of the PSL‚ three points clear of second-placed Free State Stars.

They meet 15th-placed Platinum Stars next‚ at Loftus on Saturday evening.