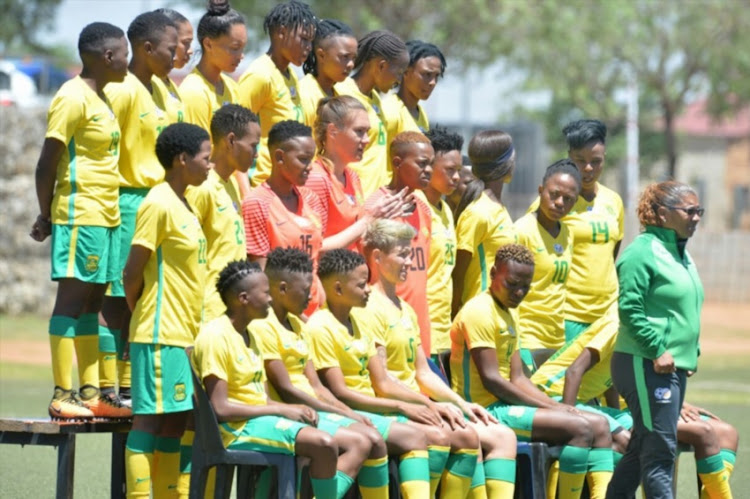 Despite being our most disregarded national team, Banyana Banyana continue to be South Africa's shining light on the international stage.

Just last week, our women's national side were honoured as Africa's best national team for the past year, gracing the stage at the CAF Awards in Accra, Ghana.

One of their players, Thembi Kgatlana, was also a finalist in the women's player of the year category, won by a tearful Asisat Oshoala of Nigeria.

Nevertheless, being a finalist at such a prestigious event is cause for celebration.

I saw some questioning on social media about whether Banyana truly deserved to win their award. The answer is a resounding yes, following their exploits last year, which culminated in a come-from-behind victory in the Cosafa Cup final in Zimbabwe in September.

But as much as they have done well to fly our flag high, Banyana barely get the recognition they deserve at home.

They are under-resourced and under-paid, and were it not for the generosity of their sponsors Sasol, who at times cover travelling costs for media houses to follow the team around, not much would have been reported about them.

We in the media need to do better in this regard.

What is more tragic is that Banyana have been without a head coach for 18 months, with Desiree Ellis employed on an acting capacity in that period.

The reasons for her prolonged acting role are not clear, except that the SA Football Association head honchos claim she's not ready.

"If coaches are not successful, particularly at the senior level, the media, [who are] now the architects and cheerleaders for Desiree to be appointed, if she must not qualify for Afcon or the World Cup, they will all be after her," Safa president Danny Jordaan was quoted as saying.

When Bafana Bafana failed to qualify for Russia 2018 last year, the media rightfully were all after coach Stuart Baxter.

Months down the line, nothing has been done.

It's thus insincere to claim Ellis has not been permanently employed because of media "architects and cheerleaders" who would turn against her should she fail.

One report offered a more plausible reason, claiming candidates who had been earmarked by Safa had asked for exorbitant remuneration.

Logically, it would make little sense to go for those when Ellis - no doubt paid a pittance - continues to deliver. Ellis should not be hired because she's a cheap option; she should be allowed to grow into a job for which she has proven competent.

After all, Safa previously hired unproven chancers, dunderheads and failures at Bafana level, without ever inconveniencing them with an acting role. Banyana truly deserve better for excelling even when they are clearly neglected - and all of us can help raise their profile even more.