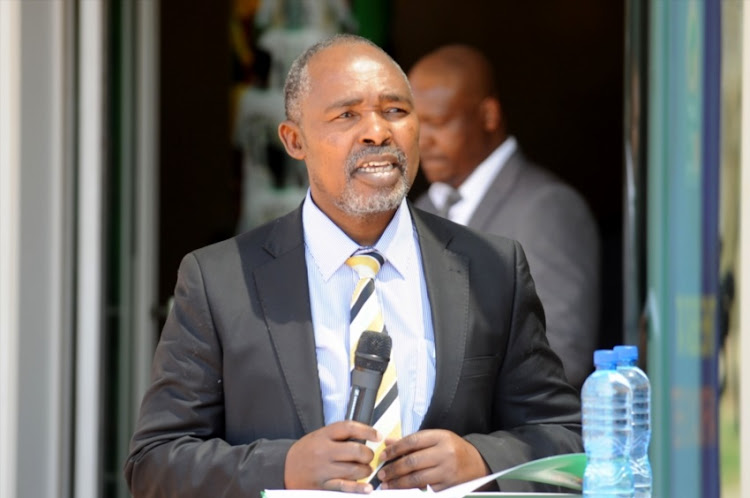 Chief Mwelo Nonkonyana's bid to become the next South African Football Association (Safa) president appears to have been stopped dead in its tracks after it emerged that he is ineligible to run for the top position.

Maforvane added that Nonkonyana cannot stand against incumbent Danny Jordaan in the election on March 24 as he has never been reinstated after his expulsion in 2014.

‘‘First of all‚ Chief (Nonkonyana) was expelled as a member of Safa by the regions in 2014‚” Maforvane said.

‘‘This means he is still not a member of Safa. He has never appealed his expulsion and the regions have never reinstated him.

‘‘Secondly‚ he took Safa to court on numerous occasions and he lost all those cases with costs. To my knowledge‚ he has never paid any of the costs and he owes Safa in the region of R900 000.

‘‘When you owe the association that kind of money‚ you cannot run for any position.”

Nonkonyana could not be reached for comment on Monday but his campaign manager Sisa Majola said the former Safa vice-president believed that there is nothing stopping him from running for the job.

‘‘I am sure that Chief Nonkonyana will give clarity from his side when he is available‚” Majola said.

‘‘In fact there will be more announcements that will be made this week. But he is eligible to run for Safa president.”

Nonkonyana was suspended in October 2013 after he said in interviews that former Bafana Bafana coach Gordon Igesund should quit if the national team failed to reach the final of the SA-held 2014 African Nations Championships.

He elected to go to court to challenge the suspension‚ a course of action that brought him at loggerheads with his former colleagues.

He was eventually dismissed in October 2014 following a unanimous decision by the football body.

‘‘So he was expelled for his utterances (about Igesund) and also for taking Safa to court‚” Maforvane maintained.

Jordaan announced last month that he would stand for re-election when his term of office comes to an end in March if the regions ask him to continue.

Nominations open 60 days before the day of the election and Maforvane said the Safa constitution prohibits Nonkonyana's inclusion in the list of nominees.

Nonkonyana said in a statement he issued last week that he would run “after requests to stand from a number of association members”‚ and would be “nominated when the members submit nominations for Safa leadership in January and February”.

But Maforvane said those who asked Nonkonyana to run for the top job should have brought a motion at the Safa ordinary meeting held at the Sandton Convention Centre last month.

‘‘The regions should have put through a motion during the last congress in Sandton last year asking for his reinstatement‚” Maforvane said.

‘‘They can also call for an extraordinary congress to put a motion for his reinstatement on the table.

‘‘But it is too late for such a request to be made because of time frames.”