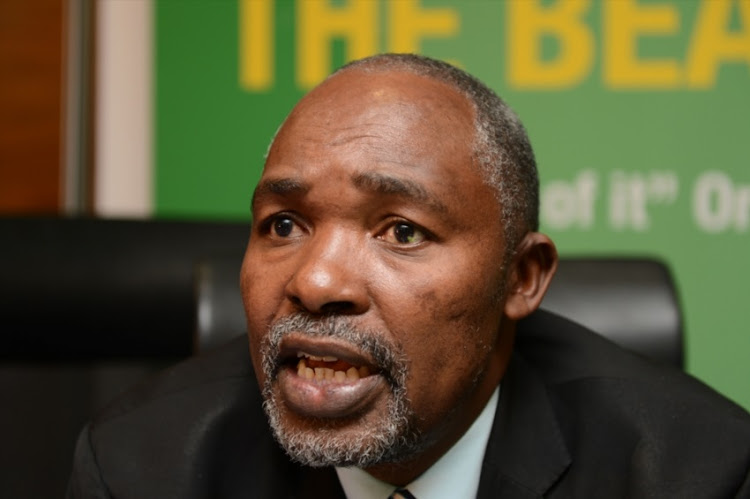 Questions have been raised about Chief Mwelo Nonkonyana’s eligibility in the race for the South African Football Association (Safa) presidential seat but the man himself says he is not fazed by the scrutiny.

The former Safa vice-president told SowetanLIVE on Monday that he is pressing ahead with his campaign and is not bothered after Safa national executive committee member and Football Transformation Forum Secretary General Mzwandile Maforvane said his expulsion by the association in October 2014 prohibits his inclusion in the nomination list.

Nonkonyana argued that he was expelled as Safa vice-president in 2014 but retained his place as a member of the football fraternity‚ laying the grounds for him to contest the elections on March 24.

‘‘I was never banned from football and that is why I have remained active in the game since I was expelled as Safa vice-president in 2014‚” he said.

‘‘The decision they took was that I was expelled as Safa vice-president and not from football.

‘‘I have been involved in football all these years and no one has ever questioned my involvement.

‘‘It is a question of Safa being mischievous on their part because I was never banned from football.”

Nonkonyana was suspended in October 2013 after he said in interviews that former Bafana Bafana coach Gordon Igesund should quit if the national team failed to reach the final of the SA-held 2014 African Nations Championships.

He elected to go to court to challenge the suspension‚ a course of action that brought him at loggerheads with his former colleagues.

He was eventually dismissed in October 2014 following a unanimous decision by the football body.

South African Football Association (Safa) president Danny Jordaan says they were stunned by the backlash they received from the public and the media ...
Sport
4 years ago

Maforvane said besides the question of eligibility‚ Nonkonyana cannot stand against incumbent Danny Jordaan in the election as he owes Safa almost R900 000 after losing the court cases he instituted against the association following his expulsion.

‘‘First of all‚ Chief (Nonkonyana) was expelled as a member of Safa by the regions in 2014‚” Maforvane said.

‘‘This means he is still not a member of Safa. He has never appealed his expulsion and the regions have never reinstated him.

‘‘Secondly‚ he took Safa to court on numerous occasions (after his expulsion) and he lost all those cases with costs.

‘‘When you owe the association that kind of money‚ you cannot run for any position.”

Nonkonyana said he has continued to challenge his expulsion and never backed down from the long-running battle.

‘‘I have continued to challenge the decision (to expel him) in the courts‚” he said.

‘‘I have been involved in the football structures and I even serve on the board of a club here in the Eastern Cape.”

Nonkonyana said he would call a press conference later this week to announce the members of his campaign team.

Jordaan announced last month that he would stand for re-election when his term of office comes to an end in March.

Nominations open 60 days before the day of the election.

Maforvane was adamant that Nonkonyana would not succeed in his attempt to contest the election and he said those who asked him to run for the top job should have brought a motion at the Safa ordinary meeting held at the Sandton Convention Centre last month.

‘‘The regions should have put through a motion during the last congress in Sandton last year asking for his reinstatement‚” Maforvane said.

‘‘They can also call for an extraordinary congress to put a motion for his reinstatement on the table.

‘‘But it is too late for such a request to be made because of time frames.”