Celtic get the better of Arrows in simmering heat in Bloemfontein 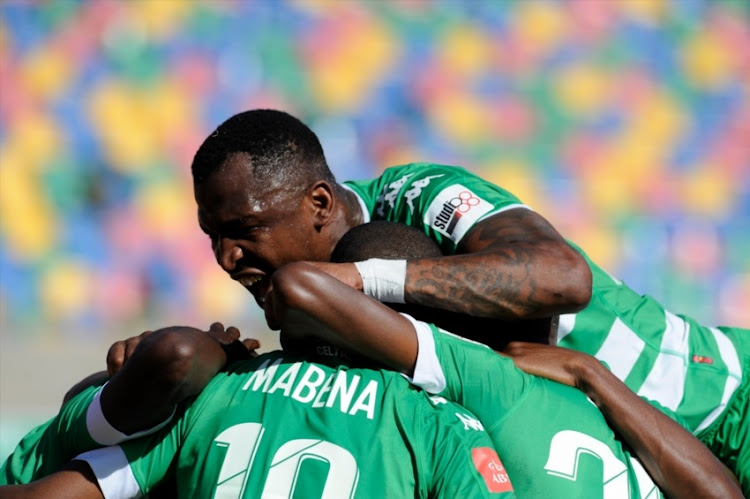 Bloemfontein Celtic returned to winning ways with a narrow 2-1 triumph at home over Lamontville Golden Arrows on Sunday in a game played in extreme heat that came close to jeopardising the player’s health at the Petrus Molemela Stadium.

Although there a water break in each half‚ a temperature in the low 30s and a bone-hard pitch had a marked influence on the visiting side who initially looked lethargic as the battled in the dry conditions and allowed Celtic a two-goal lead at the break.

The heat did not claim any casualties but it cannot have done anyone any good.

Victor Letsoalo grabbed a fourth goal of the season and Deon Hotto his first for Celtic in league action but after the break‚ Arrows seemed to find some rhythm and pulled one back through substitute Thomas Chideu.

Arrows finished the strongest but could not find the equaliser and have now gone 12 games without a win as the battled in the bottom half of the table intensifies.

“It was a disappointing 45 minutes since I’ve been at the club since I arrived.

"We deserved to be two-down but we showed more character and we wanted to play more in the second half‚” said Arrows coach Clinton Larsen afterwards.

Tshepo Rikhotso set up the opening goal for the home side in the 29th minute with a strong run down the right‚ cutting inside and then pulling the ball back for Letsoalo to tap in from close range.

It was a marvelous goal in its simplicity but also highlighted the sluggish defensive effort of the Durban club.

Rikhotso might have set up the second goal with a similar run in the 37th minute and Lucky Baloyi also missed after being set up by Ndumiso Mabena shortly thereafter.

In stoppage time at the end of the half‚ Hotto got on the score sheet after a clever one-two with Lantshene Phalane.

Celtic should have then finished it off inside the first five minutes after the break as debutant Neo Maema missed a sitter and Letsoalo steered a header from close range agonisingly wide.

Those two misses almost came back to haunt them.

Patrick Tignyemb made two brilliant stops to first prevent an own goal from Lorenzo Gordinho‚ making his first appearance in the green and white hoops since his making his move from Kaizer Chiefs‚ and then to deny Knox Mutizwa from close range.

But he had no chance when Chideu thrashed home from close range in the 69th minute to hand Arrows hope.

But they ran out of time and ideas in the end and continue their long-running winless streak.