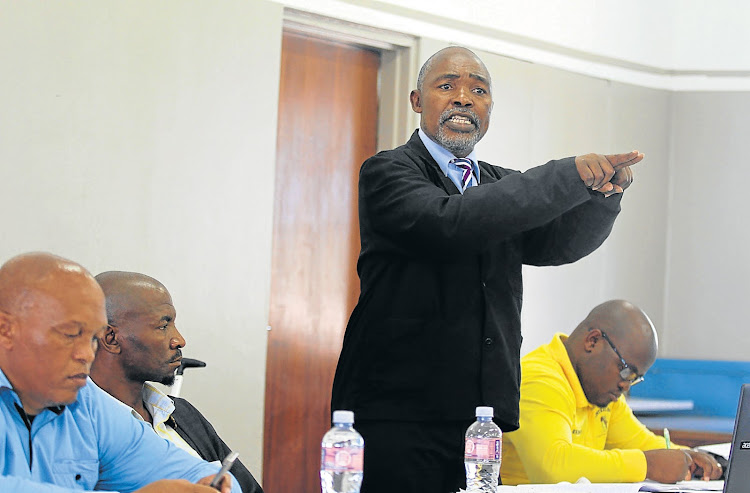 Nonkonyana intends to contest the election on March 24‚ which current president Danny Jordaan has said he will stand for reelection in.

“There is a need to get rid of dormant structures and individuals‚ end maladministration and corruption and for once‚ (and) give a better service for South Africans 25 years since our reintroduction to international football‚” Nonkonyana was quoted as saying in a press statement.

The statement said that qualified advocate Nonkonyana would run “after requests to stand from a number of association members”‚ and would be “nominated when the members submit nominations for Safa leadership in January and February”.

“I am pleased to have been approached by some members to contest the position of president in order to contribute to (the) ascendency of SA football by instilling professionalism‚ turning around SA football to be among the best in Africa and the world; and in this regard to develop abundant football talent in our beloved country‚” Nonkonyana said.

He was an African National Congress member of parliament for 15 years and was recently elected chairman of the Eastern Cape Provincial House of Traditional Leaders.

Nonkonyana was dismissed from his post as Safa vice-president in October 2014.

The outspoken administrator had been suspended by the association for comments made on then-Bafana Bafana coach Gordon Igesund in October 2013.

Nonkonyana had suggested the coach should be fired if he did not reach the final of the Chan in Cape Town in January 2014.

Nonkonyana is a member of the Nonkonyana royal family and chief of the AmaBhala Clan in the Eastern Cape.

He and Jordaan were once close allies in the so-called “Football Transformation Forum”‚ which backed the victory of Kirsten Nematandani in the Safa presidential election of 2009.

Listed among his objectives should he succeed as Safa president were: “World class football administration.

“Financial administration by being accountable to members‚ sponsors and to be accountable to fans and supporters by publicising audited financial statements annually.

Former Bafana captain and Leeds United legend Lucas Radebe has also expressed his interest in running for the Safa presidency.