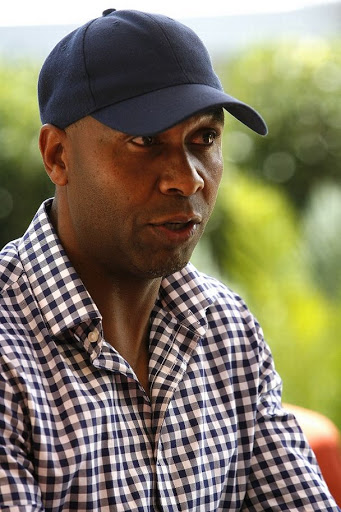 Radebe, 48, has reportedly expressed interest in throwing his name in the hat when the football governing body goes to the polls next year.
Image: Tshepo Kekana

With just two months away from the South African Football Association elective conference, some of Bafana Bafana legends have backed their former captain Lucas Radebe to challenge Danny Jordaan for Safa presidency.

Radebe, 48, has reportedly expressed interest in throwing his name in the hat when the football governing body goes to the polls next year.

Incumbent president Jordaan recently indicated that he would stand for re-election when his term of office lapses in March next year.

"It's a good idea to have a former footballer raising his hand - to have the game to be run by people who played the game," said ex-national team defender Edward Motale.

"We must emulate other countries like Zambia, who voted for Kalusha Bwalya to run their football. I'd love to see a former player in football administration, so 'Rhoo' [Radebe] must go for it."

Roger de Sa, another member of the 1996 Bafana Afcon winning squad, concurred. "It's long overdue because if you look around the world, there is [French icon Michel] Platini, [German legend Franz] Beckenbauer.

"Lucas is a respected figure in football. It's always good to have someone who played the game because they understand the need of players. We talk about the decline of Bafana, the hiring and firing coaches but administration stays the same."

Eight years ago‚ legendary soccer star Lucas Radebe was diagnosed with a rare heart condition‚ which he believes was caused by the heartbreak of his ...
Shwashwi
4 years ago

Legendary Bafana striker Phil "Chippa" Masinga said "it's a good ambition" for his former national teammate to indicate interest but cautioned that Radebe must convince the Safa regions to back him.

"It's a good thing if a former player wants to contest but he must dirty his hands; that is, he must launch a strong campaign to be endorsed - then he can stand a good chance to challenge the current president," said Masinga.

Another ex-SA marksman, Jerry Sikhosana, said: "Let football be run by people who played the game."

Attempts to reach him were in vain as his phone rang unanswered and he had not responded to text messages at the time of going to print.

The Safa elections were originally scheduled to be held in September next year but were brought forward to March.

Bafana's failure to qualify for next year's World Cup was cited as the reason Safa went for an early poll but some argue that this will provide challengers with little time to campaign. The nominations open in the middle of next month and close in February.