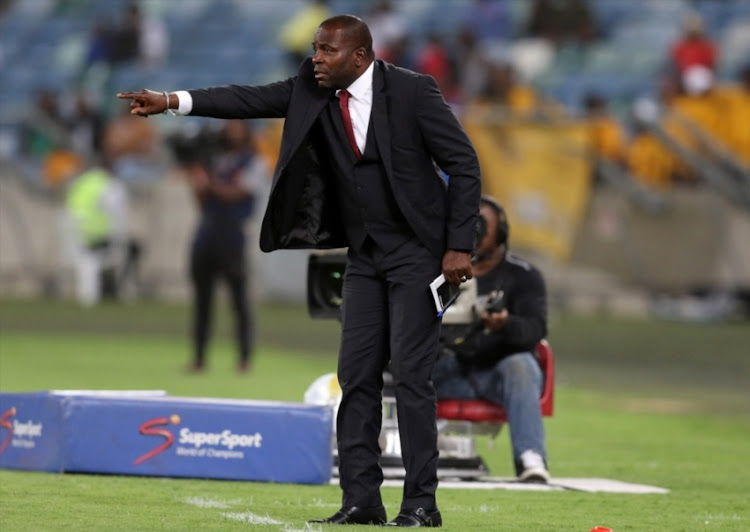 Relegation-haunted Ajax Cape Town face a crunch month when they come back in January if they are to get themselves out of trouble‚ says coach Stanley Menzo.

Ajax sit second from bottom in the standings with 13 points from 14 matches.

“January 2018 will be very important for this team‚ for the club‚” he said.

“We have five games (in the month) where we have to gain points as much as possible because it is tough at the bottom of the league.

“It is going to be a very important month and hopefully we will get some players who can add something to this team.”

Ajax are on the cusp of making several new signings to boost their squad as well as releasing players in what should be a busy January transfer window for the coastal outfit.

They have already purchased striker Muzi Thabotha from National First Division frontrunners Highlands Park and have plans to bring in another forward from Zimbabwe.

The additional personnel will likely prove as major fillip to a dispirited squad.

The club looked bereft of any zing or zest to play in Saturday’s 1-0 loss to Kaizer Chiefs at the Moses Mabhida Stadium in Durban.

“Confidence you get by working hard in training and doing the things you need to do in training properly‚" Menzo said.

"I can’t give confidence (to the players) just like that‚ everybody has to work for it.

“Of course‚ when your team is not doing well‚ it is stressful.

"Probably you have another kind of stress but I have this stress.

“That’s why I chose this job and it’s part of my job so I handle it. That’s it.”

One advantage for Ajax‚ who have become notoriously poor travellers‚ is the fact that all of their January matches are at home‚ giving them the opportunity to find some form.

They have four home games and their only away game is the derby against Cape Town City.

Ajax will feature in the first PSL game of 2018 at home to Maritzburg United on Friday‚ January 5 and then host runaway leaders Mamelodi Sundowns four days later.

Ajax’s first away game of next year is at Polokwane City on Sunday‚ February 4.