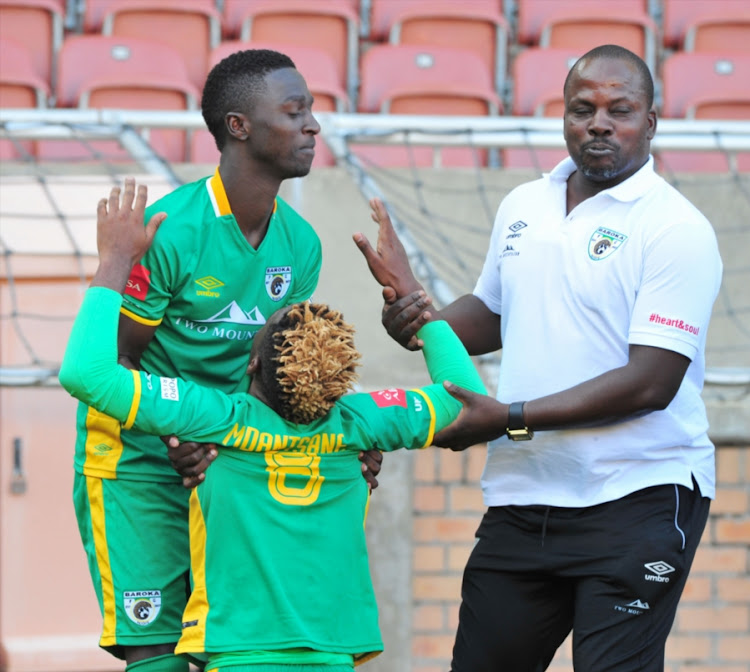 Lamontville Golden Arrows’ winless run was extended to 11 matches as they held on for a goalless draw at home to Maritzburg United, who had the better chances and might well have won Sunday's game at the Princess Magogo Sadium.

Arrows goalkeeper Nkosingiphile Gumede made the only real save of the game a minute into stoppage time to deny Lebohang Maboe as Maritzburg looked to snatch away all three points.

Mohau Mokate also missed two good chances in the second half to give Maritzburg the lead, including a header from an Evans Rusike cross that just scrapped the outside of the post.

But the two sides, who both had such a bright start to the season, will finish the first half of the season outside of the top eight as they both moved up to 18 points and remained ninth and 10th in the Premier Soccer League standings.

Arrows looked to use the flanks with Siyabonga Dube and Lehlohonolo Nonyane gunning down the wings but Nonyane gave up after taking flack from the home crowd for a few poor touches.

He still looks rusty after his long injury lay-off and went off in the second half with a suspected hamstring pull.

There was a lot of buzzing around the midfield but an endless succession of poor passes and needless turnovers that prevented any real chances from being created.

The only real opportunity of the first half came from set piece as Maritzburg’s free kick late in the half was not cleared and fell for centre back Brian Onyango, who missed from close range by putting his shot over the crossbar.

The two teams will be away in their next matches early in the New Year with Maritzburg at Ajax Cape Town on January 5 and Arrows at Bloemfontein Celtic on January 7.

In another match in Polokwane, Baroka FC bounced back to winning ways in emphatic style as they crushed visitors SuperSport United 3-1 at the Peter Mokaba Stadium on Sunday afternoon.

Love him or hate, 'Huntie' has done a lot for soccer