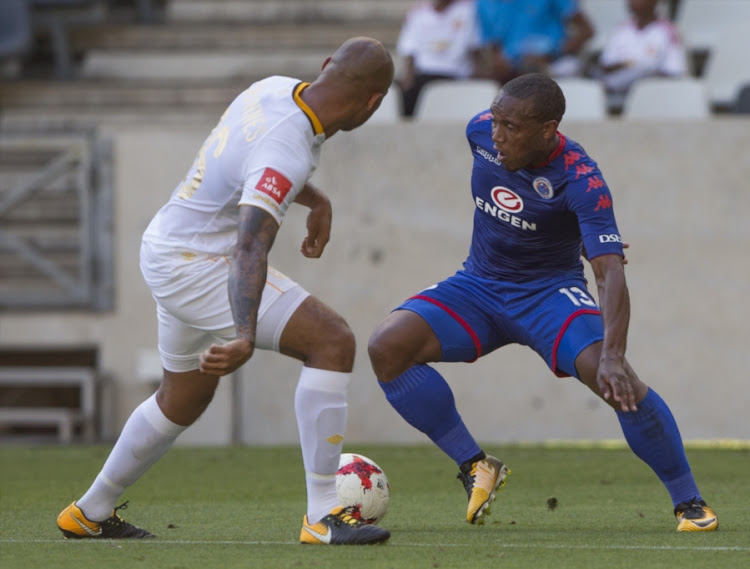 Azubuike Egwuekwe's injury time equaliser earned SuperSport United a point when they drew 1-all against Cape Town City at the Mbombela Stadium.

Aubrey Ngoma's lone goal just before half-time separated the sides for the better part of the second half but in referee's optional time, Egwuekwe nodded in Aubrey Modiba's cross to rescue the Pretoria side.

For the better part of the game, SuperSport were second best but they applied sustained pressure late in the second half and the dam wall broke late in the piece.

The draw though meant SuperSport stayed in 11th place with 15 points from eight matches while Cape Town City moved to fifth with 18 points from 13 matches.

Before the late sucker punch, Benni McCarthy's side thought they snared their first win since November that would have absolved them from their deflating 4-2 midweek loss to Maritzburg United.

While SuperSport tried to be inventive, they were hampered by the poor finishing that blighted them in their midweek draw against Orlando Pirates.

Cape Town City had the better of the first half exchanges and deserved to score through Ngoma in the 44th minute.

Having missed an easy opportunity a minute earlier that drew an excellent save from Reyaad Pieterse, Ngoma was the beneficiary of an intricate and well planned forward movement that drew SuperSport United's centre-backs out of position. The left winger not only finished well, but utilised the space afforded to him by the move.

Cape Town City had two other chances missed by Victor Nsofor Obinna who in the 31st minute had an excellent shot saved by Pieterse while his 40th minute attempt went wide.

Unlike their midweek stalemate against Orlando Pirates where SuperSport wasted a number of easy chances, Cape Town City's resolute defence limited them to a few shots on goal.

Jeremy Brockie should have made a better effort to connect with Thuso Phala's cross-shot on the 13th minute but Sage Stephens's presence in the Cape Town City goal put him off.

SuperSport had better attacking organisation in the second stanza but their radars were wonky. Sifiso Myeni had a superb 67th minute shot saved by Stephens while the errant Bradley Grobler put a 78th minute header wide of Stephens's net.

Phala, who was one of SuperSport's better players on the hot afternoon, drilled an 83rd minute shot wide of the posts. However, Egwuekwe still had to make his mark on the fixture.

The Premier Soccer League has announced that pay-TV channel SuperSport have won the bid to renew their media rights for Sub-Saharan Africa for five ...
Sport
3 years ago

Bafana Bafana may have failed to qualify for next year’s Soccer World Cup but beleaguered coach Stuart Baxter and his players will not be twiddling ...
Sport
3 years ago

The book focuses on Teko's love for soccer, which was also the reason he was kicked out of home at eight-years-old.
Entertainment
3 years ago
Next Article