Tau can do much better - Mosimane 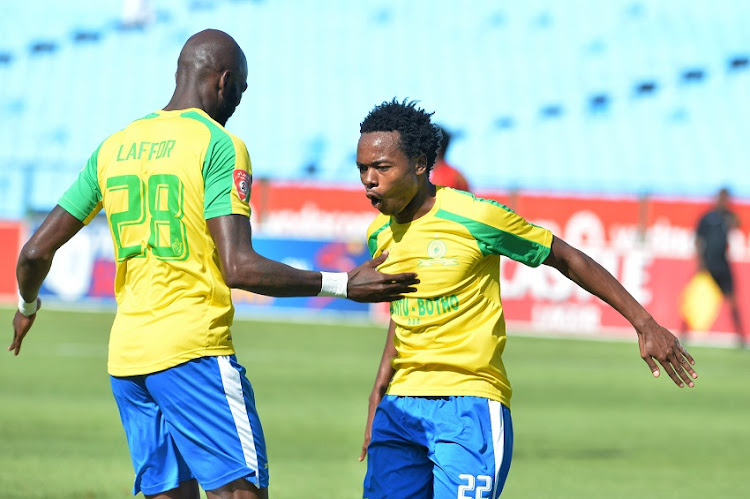 Tau scored the last two goals as Downs convincing 4-0 league win at Lucas Moripe Stadium on Tuesday. Motjeka Madisha and Themba Zwane were also on the scoresheet against the Limpopo outfit.

During his post-match interview, Tau's coach Pitso Mosimane said the player was far better than what he showed against Baroka and expects more from him.

"Percy could do better. We appreciate and acknowledge that he's a good player, he does well, he fights and tries, but he could do better in front of goals," Mosimane stated.

"I mean, he got one chance in the first half [against Baroka but didn't take it]. He got one against Chippa and he was [just] looking. He got to a one-on-one with the keeper from Wits, but he delayed. But it's okay, he's doing well," he said.

Tau roars to form at the right time

Mamelodi Sundowns' smiling assassin Percy Tau has once again hit form just when his team needed him the most as the Brazilians target another CAF ...
Sport
3 years ago

Tau, meanwhile, also acknowledged that he can do better and said he's working hard to better his game.

"I just feel I could have scored more long ago. I'm getting the experience and I'm improving, even though football is about situations and some situations present themselves differently even if you worked on a previous one, the next one might be different, that's why you keep learning."

The 23-year-old has four goals to his name this season, but has no personal targets for the season.

Sundowns next face Golden Arrows away on Sunday.