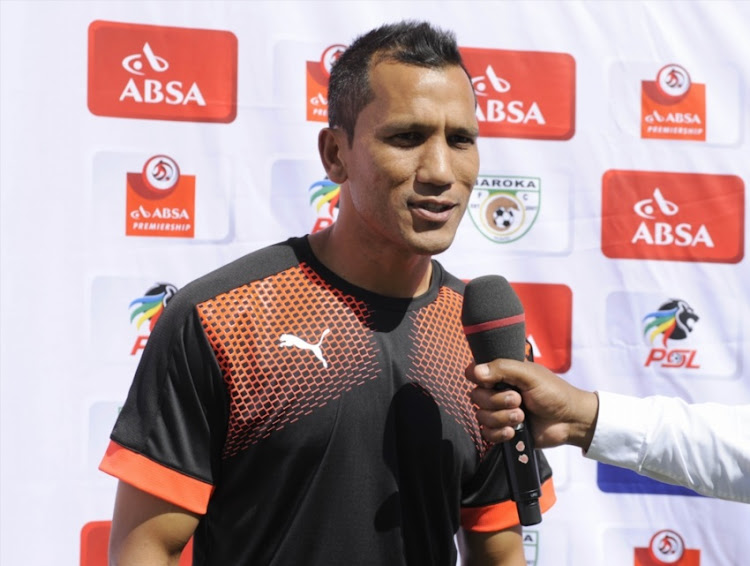 Maritzburg coach Fadlu Davids praised the character of his charges after their 4-2 Absa Premiership victory away to Cape Town City in Durban on Tuesday night.

Before playing Benni McCarthy’s City‚ Maritburg had gone over 630 minutes without scoring a goal and winning in their previous eight matches and Davids credited his player’s perseverance for their recovery.

With another crucial Premiership home match against a wounded Baroka FC at Harry Gwala Stadium on Friday night‚ Davids is hoping for a second successive victory – a feat they only managed in their first two league matches where they beat both Platinum Stars and Ajax Cape Town 2-0.

“It will be lovely for us to continue in this way against Baroka‚” said a relieved Davids‚ who was worried about the mentality of his players after an eight-match winless streak that had five draws and three losses.

“It was about supporting and making the players believe that we’re capable of scoring goals and winning games.

"It wasn’t an easy task because we are talking here about young players who have less than two years of PSL experience.

"Shading them from the media and the pressure also helped‚” said Davids.

The Maritzburg coach was most delighted for Mohau Mokate who scored a brace after spending some time in their MDC team.

“Mohau is the top goal scorer in the Diski with five goals.

"It helped that he wasn’t lacking match fitness.

"He’s got character and he’s a fighter and I’m happy he scored those goals.”

Talking about Baroka‚ Davids cautioned against taking them lightly after their 4-0 loss away to log leaders Mamelodi Sundowns on Tuesday night.

“We have to keep our feet on the ground.

"This is a young squad and they can get overexcited by the praise and everyone talking about them.

“It’s my job to be able to keep them calm and focused.

"It’s a new game. Baroka are a fantastic team.

"We’ve seen them and they’ve got a fantastic coach who allows the players to really express themselves.

“We’ve got to erase what we’ve just done to City and start afresh to be able to face Baroka.”