Sundowns' attacker Percy Tau concedes his finishing could be better 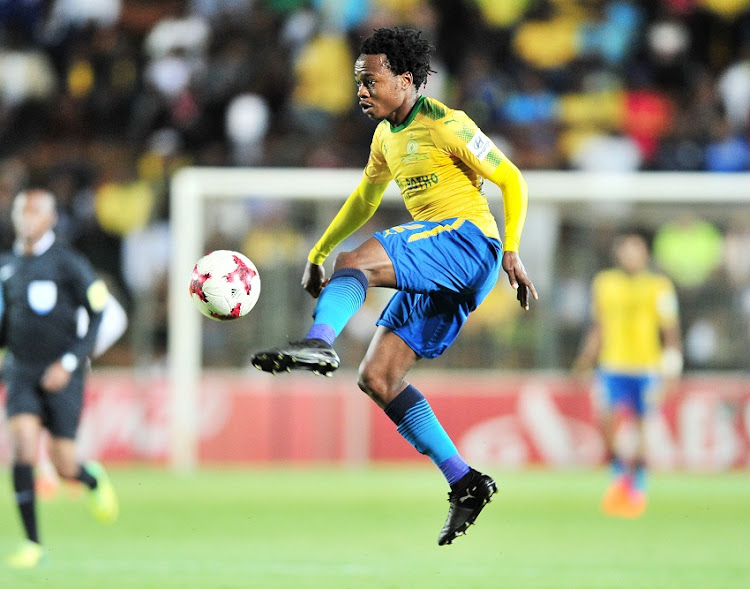 With four goals to his name after ten starts in the league this season‚ Mamelodi Sundowns forward Percy Tau has admitted that his finishing has not been consistent but he is working hard to improve in that department.

Tau‚ who has often in the past felt the wrath of the Sundowns fans for his wastefulness in the final third‚ scored a second half brace in Sundowns’ 4-0 demolition of Baroka FC in Atteridgeville on Tuesday to move within two goals of the league's leading scorer Rodney Ramagalela.

“I know very well that I could have scored more goals but I am gaining experience and I am improving with every game‚" he said.

"Football is about situations and some matches present themselves differently.

"Even though you work hard at training to improve on your technique‚ it is difficult to score in every game.

"I am learning and I will keep on improving as I move on with my career.”

Sundowns coach Pitso Mosimane also believes that Tau‚ who is establishing himself as a regular Bafana Bafana starter‚ can do better in front of goal as he often gets himself into good attacking positions.

“Guys let’s be honest‚ Percy can do much‚ much better‚" Mosimane said.

"We appreciate and acknowledge that he is a good player.

"He fights and does well on the field but he could do better in front of goals.

"He got one chance in the first half against Baroka and did not use it.

"He got another one against Chippa United and he did not punish them.

"There was another one against Wits and he delayed and delayed until the chance was wasted.

"But it is okay‚ he is doing well at the moment and we working hard as a team.

"I am happy that he scored a brace today and that will help him and the team in terms of confidence going to the next match against Golden Arrows on Sunday‚” said Mosimane.

“When the coach says I should score more goals‚" Tau said.

"I take it positively because it is something that I know.

"I know which areas to improve on my game and he knows that because he sees me at training and during matches.

"I don’t how many good games I am going to have this season but I feel good whenever I make a contribution to the team.

"I work hard and sacrifice for the team and that makes me feel good about myself‚” said Tau.