Moloi finally lands Chippa job but he has so many questions 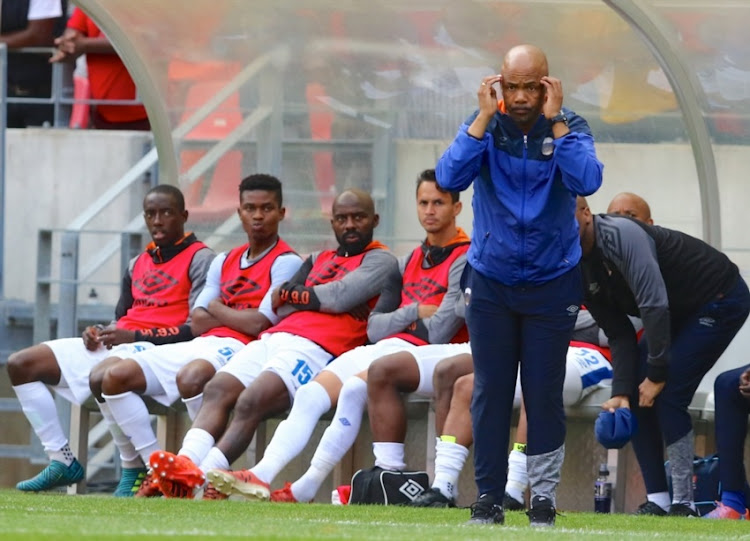 Chippa United coach Teboho Moloi has been handed the job at the club on a permanent basis after going through 12 matches suffering only a single defeat in a caretaker capacity.

This was announced after Wednesday’s 1-0 win over Kaizer Chiefs at the Nelson Mandela Bay Stadium by club chairman Siviwe Mpengesi as Chippa climbed to an unprecedented second place in the Premier Soccer League standings.

But Moloi‚ who has four wins and seven draws under his belt since replacing Dan Malesela‚ warned that the club’s newly elevated status held out the prospect of some major pitfalls and asked a lot of questions of the squad.

“Being second now is a challenge because you are near the top and everybody will be shooting at you‚” he said.

“Will we able to block all those bullets coming at us?

"Can we hold onto the position?

"Will we still be up there at the end of the season?

But he added: “If you said to me I’d be second at the end of the season‚ I’d take this position now!

Mark Mayambela returned from injury to inspire Chippa United to a 1-0 home win over Kaizer Chiefs on Wednesday that took them into a four-way tie at ...
Sport
4 years ago

“But we are only going through the heats before the sprinting race starts.

"Before you win your 100m race‚ you need to go through your heats and sitting second now tells me my boys will be ready. “You don’t want to be too far off when the sprints start and end up being unable to catch up with them.”

Chippa have two more games before the Christmas break‚ starting with Ajax Cape Town away in Johannesburg on Saturday and then finishing at home in Port Elizabeth against Polokwane City one week later.

“Now we need to be humble and to work harder‚" Moloi said.

"Usually when people talk about Chippa it’s at the other end of the table.

"But can we maintain it? Can we be humble?

"Can we go out there and show that this (position) is not by fluke?” he asked.