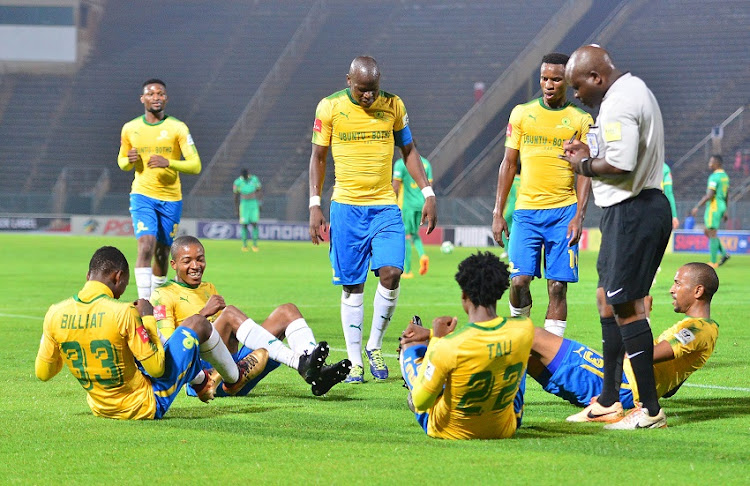 As a result of this win that was secured through first half goals by Motjeka Madisha and Themba Zwane and a brace in the second half by Percy Tau, Sundowns have moved to top spot on the log standings on goal difference with 19 points from their 10 matches.

Sundowns hugely deserved all the three points as they dominated Baroka with their expensive attacking football where they dominated in every respect where they played the dominant football that their coach Pitso Mosimane preaches.

Before the Christmas break, Sundowns have assignments against Golden Arrows, Maritzburg United, Bloemfontein Celtic and Cape Town City and Mosimane will target at least eight points to consolidate their place at the top.

On the other hand, Baroka FC have relinquished the number one spot they have held for a number of weeks and they have slipped to second place with the same number of points with 19 points and they have matches against Maritzburg United and SuperSport United to face before the end of the year.

Sundowns opened the scoring in the second minute when Madisha converted from the penalty spot after Sibusiso Vilakazi was hacked in the box and Zwane increased their lead with his third goal of the season after he received a pass from Tau.

Vries produced a stunning one handed save to deny Khama Billiat from close range after he received a pass from Thapelo Morena just after the half hour mark and Baroka coach Kgoloko Thobejane responded by replacing Lewis Macha with Richard Matloga.

Two minutes into the second half, Sundowns further increased their lead when Tau beat advancing Vries with a delightful chip after he was released by Billiat to effectively ensure the three points.

Tau, who was named the man-of-the-match, registered his brace and Sundowns’ fourth of the night in the 71st minute when Billiat once again turned provider as Sundowns to wrapped up what has been a productive night.